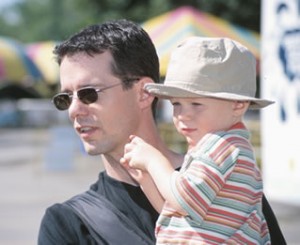 Families across the UK are forking out an additional £276 million this year to meet rising child care costs compared to twelve months ago, according to research by Family Investments.

The research found that 1.5 million mums (one in five) with children aged under eighteen currently pay for childcare which includes everything from nursery school to childminders.

Across the country they are paying an average of £15.33 more each month for the service compared to twelve months ago and collectively this adds up to an additional £23 million a month (or £276 million a year).

Mums of under-fives account for almost half (45 per cent) of those paying for child care and have been most affected. Their average monthly bill has increased by £23.80, while those with children aged between six and 10 years have seen costs increase less dramatically by £3.96 each month.

Middle-income families have seen the biggest rise in their costs. Amongst mums living in households with an income between £28,000 and £41,000, costs have risen by an average of £42.26 each month.

On a regional basis, mums in London and the North of England have experienced the biggest increase in care costs with monthly bills rising by £40.47 and £21.71 respectively. Costs in the Midlands have increased below the national average at £3.67 and mothers in Scotland reported a small fall, with a £2.50 reduction in costs.

Kate Moore, Head of Savings and Investments at Family Investments said, “The rising cost of living is having a significant impact on household finances and child care forms a significant part of many mums’ budgets. For those expecting a child it pays to do some research on local care providers such as nurseries as the most popular ones will often have a waiting list and prices can vary significantly.

“The pressures on family finances are unlikely to ease as further big changes are planned to child related benefits. Some families on relatively modest incomes have already lost some or all of their Child Tax Credits, and those households with a higher rate taxpayer are also facing the prospect of losing Child Benefit payments next year.”

Family Investments recognises that family finances are coming under increasing pressure, which is why they developed Money for Mums (moneyformums.co.uk) to help families juggle their finances, providing useful information on child-related benefits, childcare vouchers and more.

Kate Moore continues, “We are also concerned that the financial pressures of today are preventing families from saving for the future. We know the last thing families ever want to cut from their budgets is saving for their children, but even this is coming under pressure with almost half (45 per cent) of parents being forced to reduce the amount they save for their children despite the fact that helping to cover future costs such as a child’s university education is becoming more of a priority.

“Little and often has to be the savings strategy for families when their finances are being squeezed, it is important to remember the impact that a small regular amount can have when saved over a long period. ”

The new Junior ISA product, the Government’s replacement for the Child Trust Fund, is due to launch in November this year. Family Investments will be offering a Junior ISA from the outset and will ensure their product is accessible to all families by offering a low minimum premium of £10 per month.