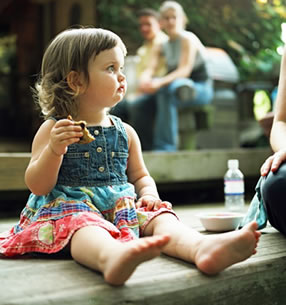 There are about 3,600 children’s centres in England, half of which are in the most deprived areas.

At least 47 children’s centres in England have either been closed or are being earmarked for closure because of funding cuts, research shows.

The survey by shadow children’s minister Sharon Hodgson also suggests eight out of 10 of those who responded have cut funding in the past year.

The government said there was enough money in the system to maintain the network of children’s centres.

Ms Hodgson sent Freedom of Information requests to 152 local authorities in England about their plans for the Sure Start children’s centres, one-stop support and advice shops for parents and children.

And her office has been gathering in the responses over the past nine months.

All councils responded, but only 92 were able to say whether they were planning closures or not. The rest answered questions on the children’s centre budgets.

There are about 3,600 children’s centres in England, half of which are in the most deprived areas.

The prime minister repeatedly promised to protect and improve Sure Start in the run-up the general election.

Ms Hodgson said: “These figures confirm what we have known all along – that David Cameron’s pledge to parents to protect and build on Sure Start has been well and truly broken.

“Sure Start Centres are closing as a direct result of Tory cuts which go too far, too fast.

“But even these figures don’t tell the whole story that parents are seeing on the ground of services withdrawn from centres, opening hours cut and trusted staff sacked.”

Children’s Minister Sarah Teather said the government was committed to Sure Start children’s centres which provide valuable services for children and their families.

“We have ensured there is enough money in the system to maintain a network of Sure Start services across England.

“Local authorities are responsible for spending decisions, but I hope they recognise the priority the government has placed on early education and support for families, particularly the most vulnerable.”

She added that she expected local authorities to channel resources “at those who will benefit most from the excellent support children’s centres can offer”.

The National Children’s Bureau, a children’s charity, said the centres were a vital source of support to parents with young children.

“They bring together a full range of services such as, health and parenting support in joined-up way to ensure that the needs of children and families are met. Issues can be picked up early and parents can be helped to support their children’s development and learning.”

NCB chief executive Dr Hilary Emery said cuts to local authority services such as play facilities, support for disabled children and youth services, are all painting a picture of children as the biggest losers of the recession.

Melian Mansfield, chairwoman of the Early Childhood Forum, said: “The emerging evidence that children’s centres are closing or drastically reducing their services because of the cuts is extremely worrying, as families will lose the direct access to specialist health, education and safeguarding services and opportunities for early intervention are lost.”