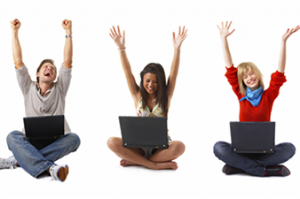 This week deputy Prime Minister Nick Clegg promised to tackle the “ticking time bomb” of teenagers who are not in work, school or training. He announced a 125m scheme to get at least 55,000 young people aged between 16 and 17 years old, without GCSE’s, back into education or employment. This came after a recent release of the latest unemployment figures that showed the numbers of 16-24 year olds not in work increases by 22,000 to 1.04 million in the three months to December.

This scheme which is part of the Youth Contract, will invite businesses and charities to bid for contracts worth up to £2,200 (which will be the weekly equivalent of a jobseekers payment to the young person per week ) per 16- 17 year old who can be sustained in work, education or training for 12 months. These contracts will be paid in staggered payments to ensure at least 12 months of retention. Those who win these contracts will have a free range as to how they decide their approach. With the emphasis being on a successful outcome.

The Department of Education went on to bolster the deputy Pm’s opinion that it was important for this section of society to be engaged in meaningful activity as by the age of 42, someone who has been frequently unemployed as a teenager is likely to earn 12% – 15% less than their peers.

Speaking on Sky News, Mr Clegg said: “I think it is incredibly important that, at that very vital moment in someone’s life, when they are in their teens, that they don’t lose the ambition and the hope and the optimism about working.
“Because once that is lost, all the evidence is that it has a long-term scarring effect and makes it very difficult for youngsters to move into stable employment as adults.”

This new initiative is separate to the recently criticised workfare.