Increased concerns over FE according to the PSLA.

A poll by the Pre-School Learning Alliance reveals a significant increase in the number of nurseries and childminders that believe they do not get enough Free Entitlement Contributions to meet the cost of provision.

A recent poll by the Pre-School Learning Alliance has revealed increased concerns over the provision of Free Entitlement provision. 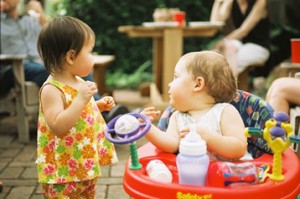 Just one in 10 of the 550 providers questioned said that they receive adequate funding to cover the cost of providing free childcare places under the Government’s free early years entitlement scheme.  The Alliance said this was a “significant decline” from their last poll in May, when more than a third (38%) thought they got sufficient funding.

The poll also found that the majority of childminders and nurseries polled said that they do not think they would be able to offer the same level of service if ministers consider changing staff to children ratios as a means of cutting the cost of childcare for parents.

A large 94% of providers felt that they could not maintain their current quality of service if current staffing levels were reduced.

The Alliance said it had commissioned the survey to help inform its response to the Childcare Commission, which launched a consultation in the summer on how to improve the accessibility and affordability of childcare.

Alliance chief executive Neil Leitch said: “There is a glaring omission at the heart of the Childcare Commission consultation – the failure to consult on the level of funding of the free early years entitlement. By not addressing this fundamental issue, the Government continues to put the emphasis on making up the shortfall on parents and providers, even though earlier this year the National Audit Office highlighted that early years funding should be reviewed.”

A Department for Education spokeswoman said: “Rising childcare costs are a huge issue for parents. It is clear the current system needs big improvements. We have set up the Childcare Commission to examine in detail what reforms need to be made. We are listening very closely to front-line professionals and to parents.”