Parents do not support changes either! 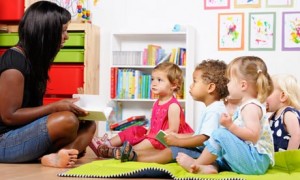 The announcement that childcare ratios will be relaxed where the carer’s qualifications meet new standards, has brewed up a storm among childcare professionals and parents. Many believe that these changes will undermine the quality of childcare – without reducing the cost to parents.

A recent survey by mumsnet.com has shown that:

ONLY 5 % of parents supported a reduction in the number of childcare staff, even if it meant that costs were reduced for parents

50% of parents felt that childminders should be able to look after a maximum of three children under the age of 5 (in-line with current regulations), while 20% believe it should be a maximum of two

17% are unable to pay for childcare fees on time

What’s more, mumsnet.com has reported, ‘While parents want affordable childcare they are not prepared for quality to be compromised. The government’s new Childcare Commission should pay heed when considering how to ease the burden of childcare costs for parents.” Anand Shukla, Daycare Trust chief executive’.

Childminding Forum and Penny Webb are petitioning to drop the plans to increase child to adult ratios and have collectively gathered over 30,000 supporters. If you haven’t signed these, and wish to show your support, simply follow the links.

If you missed the thoughts of award-winning provider, Sian Nisbett of Dizzy Ducks, you can read her article here.