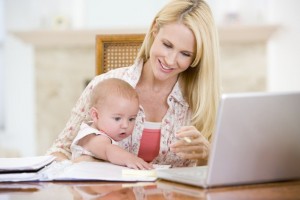 Initially, it will cover children up to five years old, but will build up “over time” to include all children under 12.

According to the MailOnline, this will save a typical working family with two children under 12 up to £2,400 a year. The scheme will be phased in from 2015 and for the first year will be open to 1.3 million families with children under the age of five.

Under the plan, parents will be eligible to receive 20% of their annual childcare costs, up to £6,000 a year. The Prime Minister called it “a boost direct to the pockets of hardworking families, in one of the biggest measures ever introduced to help parents with childcare costs”.

Tax breaks will only apply to couples where both parents are working, or single parents who are employed.

Britain has some of the highest childcare costs in the world, with many people with two or more children saying it does not make financial sense for both parents to work.

According to the Organisation for Economic Co-operation and Development, Childcare costs in Britain amount to 43 per cent of average incomes, compared with only 14.8 per cent in France, 9.1 per cent in Germany and 8.4 per cent in Denmark.

Delivering tax-free childcare is the next step to ensuring all families can work and get on. The rising cost of childcare is one of the biggest challenges parents face and it means many mums and dads simply can’t afford to work. This not only hurts them financially, but is bad for the economy too”.

Although this scheme seems like a step in the right direction, struggling parents face a wait of at least two-and-a-half years for help with soaring childcare costs.

What are your thoughts on the scheme and its time-frame?