“Rewind on Ratios”: the PSLA e-petition to force a Commons debate. 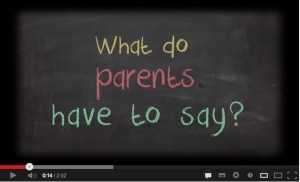 The Pre‑school Learning Alliance has launched the Rewind on Ratios campaign to give parents a united voice against planned changes to childcare ratios in England.

Existing practitioner petitions, which have already received tens of thousands of signatures after just a few weeks, appear to have been ignored by the Government. The Alliance’s official government e‑petition will help ensure that the concerns of thousands of parents using professional childcare every day are not ignored in the same way.

The Alliance has been inundated with calls, letters and emails from parents who are rightly concerned about the impact of these changes on the quality and safety of their family’s childcare.

“I think the plans are shocking – how can we ensure our children are being properly supervised with fewer adults per child? Babies need as much attention as possible.” – B. Richardson, parent

“People who think this is a good idea should try looking after multiple toddlers. 4:1 ratio is only just viable. 6:1 would be dangerous.” – S. Withshire, parent

“I feel the Government should stop shirking its responsibility of providing affordable childcare through subsidies. Young children need more one-to-one time with carers, not less. This will only dilute the quality of childcare and attention young ones need.” – M. Cansick, parent

Since the announcement on the planned ratio changes, the Alliance has received a growing number of requests from parents asking for us to set‑up an online campaign for them, with many specifically interested in signing up to an official government e‑petition.

The Government has made it clear that its priority is keeping parents happy. Its main argument in defence of these ratio plans is that the changes will give parents more choice and “allow them to give their children the best start in life”.

Once the petition receives 10,000 signatures, the Government must provide an official response and this target could be reached today with just 786 signatures required.

When it reaches 100,000 signatures the topic will be considered for discussion in the House of Commons

You can download the campaign overview here and practitioners are being asked to help by:

3) Including information on the petition, with the link, in your regular parent newsletters

4) If your setting has a Facebook page, help promote the campaign by liking our page www.facebook.com/rewindonratios

You can also download a tear‑and‑share poster to help spread the word about the petition to your setting’s parents. Simply need to print out as many posters as you need, cut along the trim lines at the bottom, then pin them to your parent noticeboard or display in your reception areas.  Parents can then take away the petition website address and sign up when it suits them later.

Will you encourage your parents to sign the e-petition?  Let us know below.