Call for a National Day of Action 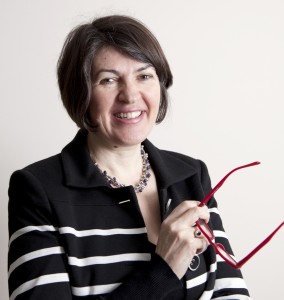 has proposed a National Day of Action on June 1st to “take over the early years debate”.

She is calling for the sector to “start working together across the UK to make our voices heard: to explain what we do, what quality means and why early years is not a political football but a serious matter – one led by serious people with a serious message.”

She lists the following 7 compelling challenges faced by providers in the UK that need to be explained to the public.

1: The Government wants more people in work (women in particular), only the Minister now says we are not fit for purpose – so how is this going to happen without the quality childcare these would-be-working mums require?

2: The Secretary of State for Education has addressed poor schools through a programme of Academies which are based on the premise of high quality, yet allow Academy Heads to employ unqualified teachers. Our Minister says we do not provide quality because we employ unqualified staff…

3: There is much confusion about how much is spent on Childcare. Figures range from £7 billion to £4.5 billion. The truth is no one knows, not even our mathematically minded Minister. However, £8 billion was misused in the Academies budget, which could be the very investment we need to ensure Early Years becomes a realistic option. Why is it apparently OK to waste this?

4: The Deputy Prime Minister is keen to use Early Education in good quality nurseries as a key policy driver for social mobility. He wants this to be rolled out through a programme for two-year-olds from disadvantaged areas. The Minister says that only nurseries judged good or outstanding by Ofsted can accept these children. In the meantime, Ofsted is now downgrading nurseries in poor areas – not because of poor education and care but for lack of processes which may not impact on the children. Where then will these children go?

5: Over the last ten years the sector has grown in size and confidence. The introduction of the EYFS went some way to helping agree a framework for improvement. In many cases this was achieved with the support of local authority advisory teams as critical friends. The Minister is keen to dismantle all the support services and just use Ofsted as the improvement agency. Sir Michael Wilshaw says Ofsted will not be an improvement agency, but an agency of improvement.

6: Starting First, EPPE and the OECD all agree that qualifications are only part of the determinants of quality: ratios also matter. Our Minister is keen to reduce ratios on some spurious mathematical formula indicating they raise the cost of childcare to parents.

7: Our Minister wants to change the process of registering childminders. She favours and is pursuing the Dutch model of Childminding Agencies. The Dutch have abandoned this model as too expensive and cumbersome. There is no appetite here either

June stated “It’s time we cut off a little oxygen to our Minister and held the stage ourselves. We must be calm, grown-up and informed.”

You can read her Blog here, or join the ‘Reclaim Early Years‘ group on Linked In.

Do you support the plan for a Day of Action?