Report by PACEY on the meaning of "School Ready" 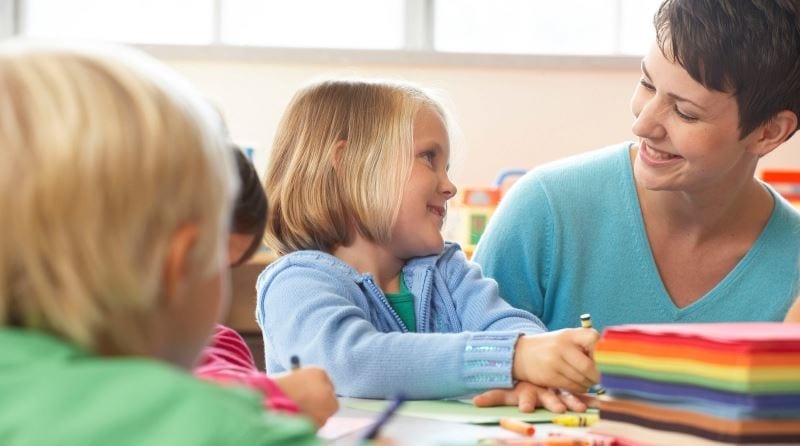 According to a survey released by PACEY,  children are growing up lacking confidence, struggling to communicate and unable to make friends because of the “schoolification” of the early years.
The Professional Association of Childcare and Early Years (PACEY) insisted that toddlers needed more time to play to give them the opportunities to develop social and emotional skills before the start of formal education.
It is claimed that Government's reforms of the early year's curriculum have focused too much on getting children “school ready” and does not allow them to develop naturally. This perception has been supported by plans to introduce a new baseline test for five-year-olds in England, and changes to vocational qualifications that make little reference to learning through play.

According to PACEY, fewer than one-in-20 teachers and a third of nursery staff believed it was necessary for children to focus on basic reading, writing and arithmetic in the early years.

PACEY has published its research report, Being school ready, which considers what the term “school ready” means for childcare professionals, parents and primary school teachers. After months of research with childcare professionals, teachers, parents and children, it reveals:

2) For a child to be considered school ready, respondents stated that cognitive and academic skills such as reading and writing are not as important as children being confident, independent and curious.

3) Teachers and childcare professionals (58% and 40% respectively) both stated that they felt there needed to be greater emphasis on play in England.

4) Almost half of all respondents – childcare professionals, parents and teachers alike – identified a lack of communication and common expectation between each other as a barrier to preparing a child for school.

5) Respondents agreed that being school ready is about more than just the child being ready for school – schools need to be ready for children, too.