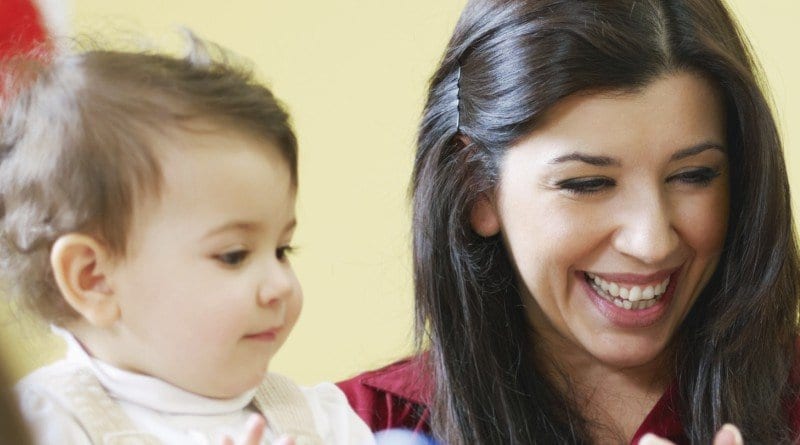 The ‘Childcare and early years survey of parents 2012-2013′, now in its tenth year has highlighted rising childcare costs but that, on whole, this isn't causing problems for parents. Over 6,000 parents were interviewed to gain the results.

The report showed that 78% of all families (equating to six million children) had used some form of childcare during their last term-time week, whether it be formal or informal. The likelihood of using formal childcare increased with the income of the parents. A high proportion of 0-4-year-olds were in childcare for economic reasons, such as allowing parents to work.

The majority of parents felt that the quality of the care their children receive is very or fairly good. Satisfaction levels and availability of care were both in line with 2011.

The survey also questioned parental involvement and found that the majority felt they spent enough time with their children, but around a third would rather do more with them.

The average cost of childcare per week for parents has increased significantly since the previous survey, from £47 to £54 per week. What is not clear from the survey, is whether this inflated cost is due to a rise in fees, or parents having to use more hours. It's worth also considering this in context of the number of mothers in work rising from 60% last year to 64% now.

49% said they didn't struggle to meet the costs and less than a third said it was difficult to afford childcare. The proportion of non-working lone parents finding it difficult to pay for childcare has significantly increased from 35 per cent in 2011 to 48 per cent in 2012.

32% of those asked said they felt childcare costs were fair, with 39% disagreeing (the remainder were not sure). Of those who hadn't used childcare, 71% chose to look after children themselves and only 13% cited cost as a barrier to putting their children into care.

You can read the full report here

How do you use these kinds of reports? Do they prove useful? Share your thoughts below.