Toddler wanders out of his nursery onto dual carriageway 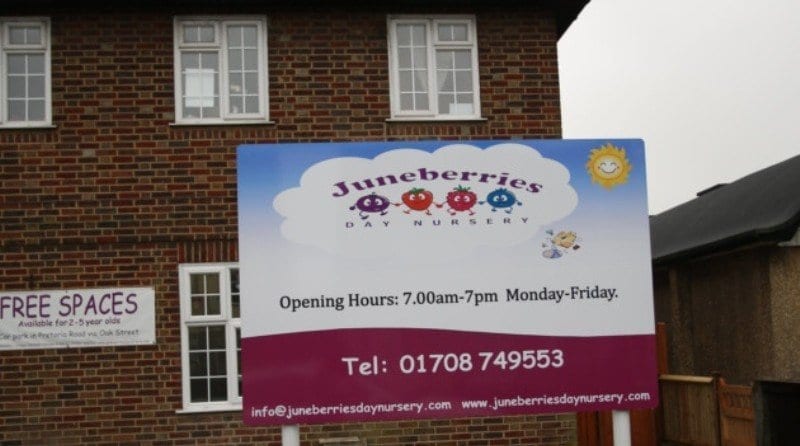 A three year old managed to wander out of his nursery and onto a 50MPH dual carriageway; luckily the youngster was saved by a quick thinking motorist.

Juneberries Day nursery is now under investigation after the toddler wandered 50 yards out of the premises and allegedly ran across a 3 lane dual carriageway in Romford, Essex.

A Havering Council spokesman released a statement saying it was “hugely concerned” by the incident which took place last Friday.

He confirmed that the Nursery is now being probed by a joint team from Ofsted, the Council and the police.

The spokesman went on to say: “We are hugely concerned that a child has been able to leave a nursery and find their way onto an extremely dangerous road.

“We will be looking into how this was allowed to happen so we can ensure the safety of all children in our nurseries.”

No public apology from the nursery

The nursery has refused to publicly apologise for the incident, despite the fact it could have cost the three year old his life.

A spokeswoman at the nursery said: "We have nothing to say, we do not want to apologise."

The motorist who spotted the toddler said he was lucky there were no cars coming, she said: “I saw him run across the road”

“Me and my daughter got out the car and screamed for him to stay.

“He fell to the floor and my daughter scooped him up. Time stood still - amazingly there were no cars coming.”

Fellow parents from the nursery were not informed of the incident, instead a text was sent stating that the nursery would be closed on Monday and Tuesday due to 'urgent construction work for child safety'.

Juneberries day nursery is situated in the St John The Divine church, which is just 15 yards away from the carriageway, and it is yet unknown if the boy escaped through a gate.

Could you really trust the nursery again? What would your ruling be on the future for the Nursery?