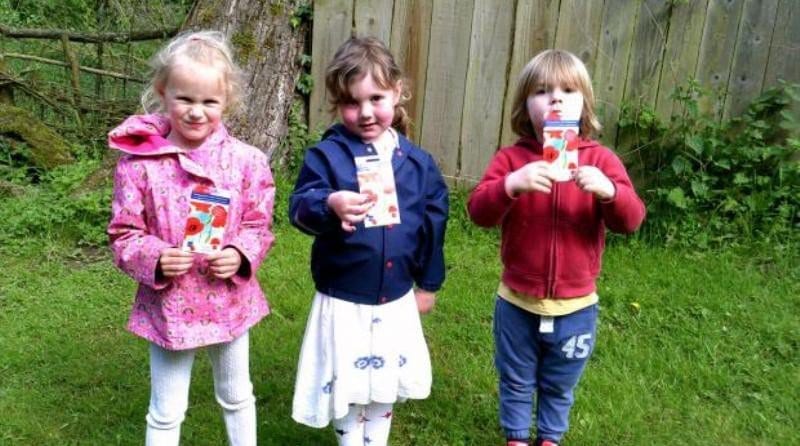 Children at the nursery have scattered packs of Flanders poppy seeds in their Forest School, with the hope that later this year they will flower.

Launched by the Royal British Legion; the campaign will hopefully see the UK awash with poppies as we commemorate those that lost their lives in the First World War.

"We’ve planted five packs of the special poppy seeds in our Forest School and will be watching them growing over the coming months.

“We are very pleased to take part in this campaign and raise funds for a very worthy cause and are looking forward to having a very colourful array of poppies later in Forest School later in the year.

“As well as taking part in this campaign, we will also be celebrating Armed Forces Day once again this year and look forward to receiving a visit from a solider from MOD Kineton to tell us all about what they do.”

Funds raised by the colourful campaign will go towards the welfare of the armed forces community, on which the legion spends £1.6 million each week.

Are any of your settings getting involved with the poppy campaign?