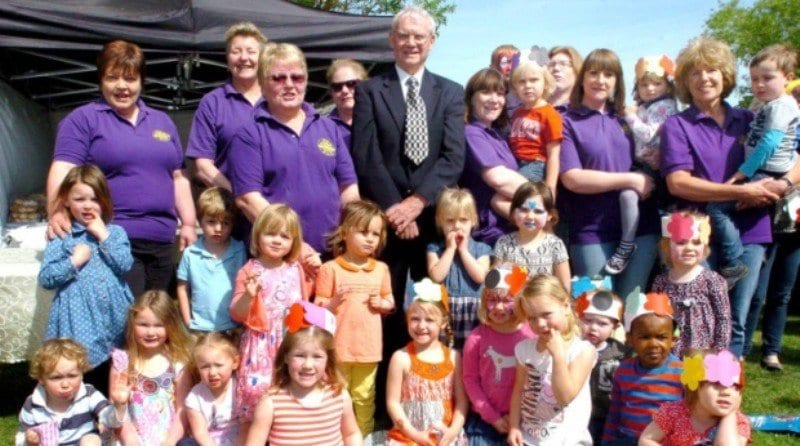 South Wootton pre-school has had an additional excuse to eat “lots and lots of cake,” at their May Day fayre after securing a £10,000 lottery grant to refurbish their outside playing area.

The day saw lots of festivities including a bake off with the pre-school manager Jane Curtis saying, “It was a great success. The day was really good and well supported.”

The project to rebuild their outside play area, aptly named ‘playing it safe’ has seen slabs and paving replaced with an all weather surface and a new fence which secures a now expanded area thanks to extra land released from the parish council.

Jane has said there is still lots to do, and that they are waiting on the delivery of a large sunshade so children can spend more time outside without being in direct sunlight.

She went on to say “About 30 children will be leaving us for school in September and we will have quite a lot of younger children joining us, some as young as two.”

The hope is that extra money raised from the May Day fayre fromm their bake off and stalls will help fund the purchase of more new equipment, including a sandpit.

Alex Bilks, South Wootton pre-school chairwoman, said: “It means the children will have an enhanced experience every time they come into the pre-school now.”

Are you planning any exciting fundraising activities at your setting?