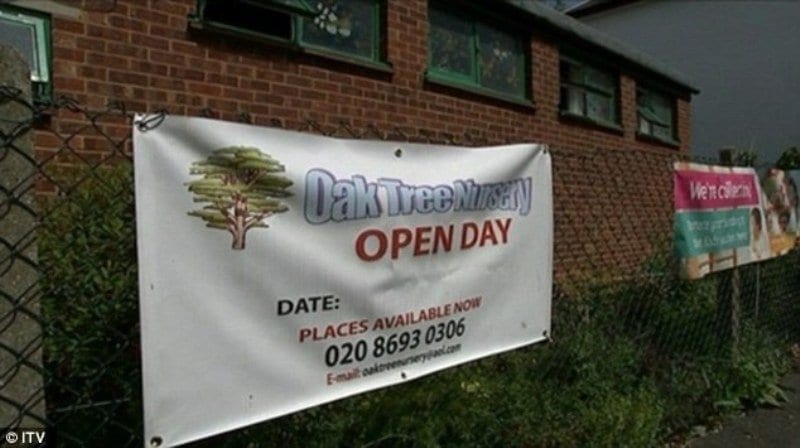 Romeo Chudasama, 2, was found wandering shoeless in the middle of a road after walking out of Oak Tree Nursery, Dulwich.

After walking out of his nursery unnoticed, the toddler was spotted by a passing driver who stopped, after trying a number of houses down the road she went to Oak Tree Nursery, about 50 metres from where she had found him, and said the staff had not realised he had gone missing.

The young boy has not returned to the nursery since, and other parents are said to be boycotting the Oak Tree Nursery, which cares for children from birth to the age of five.

The mother of the toddler said the nursery was very apologetic, going on to state:

“The nursery owner said she was very sorry but she said mistakes do happen.

“Nobody knows how long he was alone for. Luckily the road wasn’t busy at the time but anything could have happened to him. When you leave your child in the care of a nursery you expect them to be kept safe.”

Louise Tarrant , who found the 2 year old, told ITV News she was “shocked” when she saw the young boy as she was driving.

She went on to say: “I was completely shocked and thinking ‘where are this child’s parents?’ I picked him up and said ‘Mummy? Daddy?’ But he just looked at me.

“I went knocking on the doors asking if anyone recognised this little boy. I only did what any other person would have done.”

The nursery has reported the incident to Ofsted and has said they will be carrying out a full investigation.  They released a statement saying:

“The nursery's priority is the safety of the children in our care.

“The minute the incident occurred we took initial steps to notify the regulatory body and secure the main entrance of the building.

“We're going to undertake a full review with Ofsted.”

As this is the second incident of its kind in as many weeks, is there enough being done to secure the settings our children attend?