Police are hunting for vandals after attack on pre-school 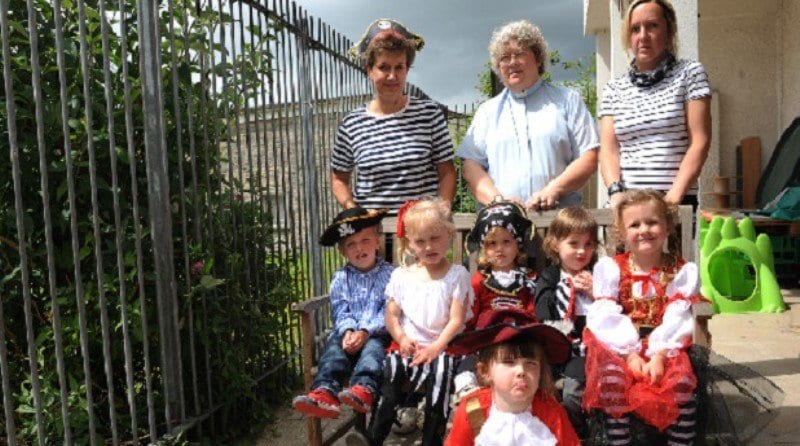 St Boniface church pre-school, in Plymouth, Devon were left a rather nasty surprise last week, when they opened the nursery in the morning to find their outdoor play area had been destroyed and defecated on.

Police are now hunting vandals who destroyed equipment within the area, which has had to be thrown away over health and safety fears.

Staff at the nursery were said to be, “horrified and disgusted,” after having to spend the morning clearing up human waste.

It is believed that the culprits went to great lengths to carry out their attack, with Reverand Shaw from the nursery saying, “You’ve got to climb over the high fences which are covered in black paint, so whoever done this would be covered in black sticky paint.

“Everything was trashed. The play equipment was upturned and some was thrown over the fence. It just seems so mindless and pointless.”

Now left with no outdoor equipment, the St Boniface pre-school - which has around 30 children who attend between the ages of two and four,  must now explain to these infants where their favourite toys have gone.

Reverand Shaw went on to say;

“The value of the damage is about £1,000 which is a huge amount of money to the pre-school. It is trying to get charitable status because that opens up lots of different grants and avenues for funding,”

“I find it hard to understand why people would do this. Hundreds of children over many years have benefited from the very good St Boniface pre-school and quite probably whoever did this will have some connection with children there now.”

Anyone with information should contact police on 101 and quote crime reference CR/074025/14.

What affect would this level of damage have on your setting’s daily routine?