Registered childminder slammed for smoking in her home 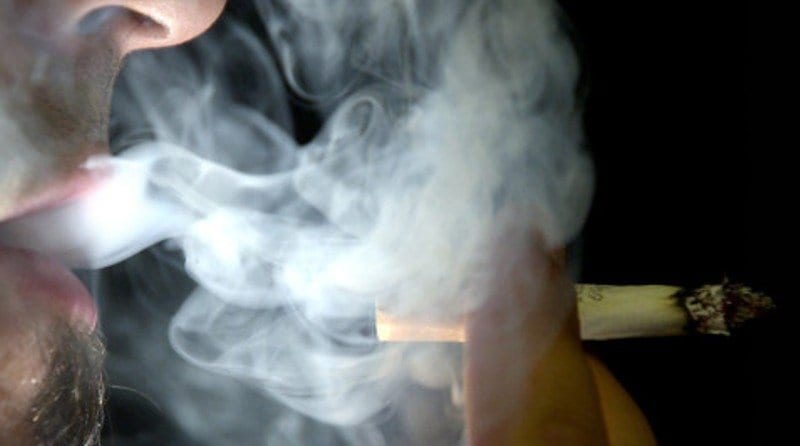 Registered childminder Hazel Park, from Aberdeen, was told to stop smoking inside her home to protect the children she cared for, however she continued to light up in her kitchen and has been reprimanded by government watchdog Ofsted.

Mrs Park blamed bad weather for the incidents saying it had been ‘too wet’ to go outside when care inspectorate staff arrived at her home.

The inspectors smelt smoke when they initially arrived and discovered an ashtray and cigarettes on the kitchen table. A parent of one of the children she cares for informed Ofsted that their child’s bag had smelt of smoke.

“We noted that there was a smell of tobacco smoke on entering the childminder’s home.

“This was particularly evident in the kitchen area, where an ashtray and cigarettes were on the kitchen table.

“The childminder confirmed that young children often had their meals in this area.

“As a result, children were not protected from the harmful effects of being exposed to tobacco smoke.

“The childminder advised that she intended to continue to smoke in the kitchen area.”

On inspection it was also discovered that Mrs Park had not carried out risk assessments to ensure her home and garden were safe for the children in her care.

They found a bottle of weed killer under the kitchen table; an extension lead ran from the worktop along the back door and back on to the table, an animal food and water bowl was in reach in the hallway. It was also mentioned that toys in the garden were ‘extremely dirty’ with some filled with stagnant water.

The report stated “Risk assessments would support the childminder to identify potential hazards and put appropriate control measures in place.”

As well as lacking First Aid training the childminder also advised that she did not think it was necessary for her to update her child protection training which she completed in 2009.

In reaction to the latest inspection Mrs Park has been told to improve her service and ensure that the environment in which she cares for children is safer.

A spokesman for the Care Inspectorate said: “Our most recent inspection of this service highlighted concerns about the safety and well-being of children.

“We have made clear the areas which must be improved immediately in order to keep children safe and ensure that the quality of care they receive is of a standard we expect.

“Our first priority is always the safety and well-being of children. We will be monitoring this service closely and if we do not see evidence of significant improvement we will not hesitate to take further action.

“Every child in Scotland has the right to safe, compassionate care which meets their needs and respects their rights.”

Do you think enough action was taken? Would you have mentioned something to the childminder after smelling smoke?