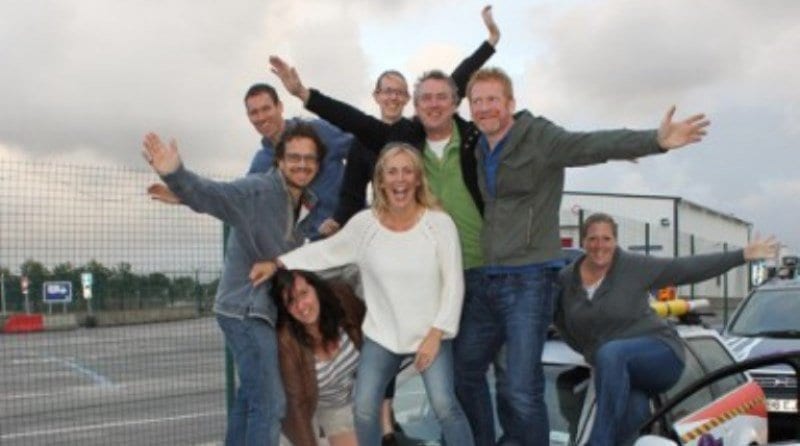 For the second year running, the Parenta Trust banger rally has raised enough money to build a pre-school in Eastern Africa!

Participants had a budget of around £350 to buy cars for the trip from Maidstone to Monaco. Each of the 14 bangers was modified in various ways; some were based on films, like Star Trek and Ghostbusters, while others displayed badges of local businesses that had sponsored them. One was entirely covered in fur and caused quite a stir around the continent!

The journey took the group through seven countries, and explored some of Europe’s most stunning scenery; from the famous Furka Pass, which was tackled by the Top Gear team and was in the James Bond film Goldfinger, to the spectacular St Bernard’s Pass between France and Italy.

The days were long as they drove for up to 14 hours, really earning the money they’d raised. Along the way there were pranks aplenty, with teams nudging each other’s cars in lay-bys, hiding keys and secreting smelly cheese under seats.

There were daily challenges, like bringing a snowman to dinner and getting all four wheels off the ground (one team managed this with a forklift truck!). It all added to the fun and feedback has been fantastic! 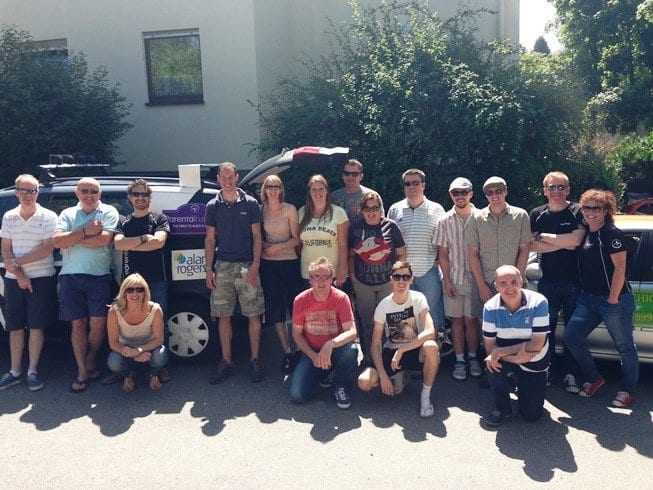 The final night was spent in Monaco, where everyone enjoyed a meal, some drinks and got to look at cars that were a world away from the old bangers they’d been cruising around in!

The total raised currently stands at £18,000, which will be used to commission another much-needed pre-school this year for disadvantaged children in Africa. Many of the teams have also committed to sponsoring children, which is also desperately needed.

Allan Presland, Managing Director of the Parenta Group, said, “It was another fantastic year for our rally. The trip was packed with fun and laughter and everyone made it home safely. We’ve not only exceeded our sponsorship target, but we’ve increased awareness of this great cause.”

For those of you that missed out this time, next year’s rally leaves on 17 June. You can register an interest online or contact us via our Facebook page.

You can make a donation to the next pre-school through our Just Giving page!

Parenta Trust was set up in 2013 to help children across the world.

The Parenta Trust is the charitable arm of the Parenta Group of Companies -  providing vocational training and IT support systems to Early Years providers  across the UK.

For more information on the Parenta Trust, please visit https://www.parenta.com/charity/ , or contact us on 0800 002 9242 or marketing@parenta.com