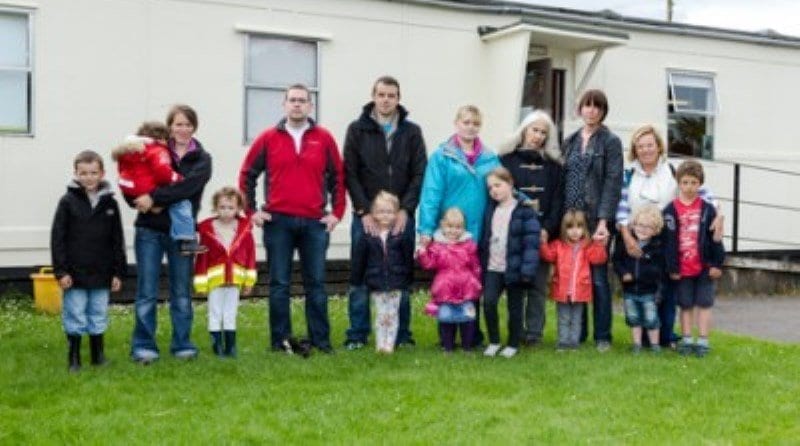 Parents of children at Ullapool Primary School nursery have demanded Highland Council take action as their children are exposed to “scandalous conditions” such a damp which is so bad pictures fall off the walls.

With children as young as three spending over 15 hours a week within the setting, parents are concerned that the damp infested nursery is hazardous to their health.

It is said that the walls are so damp that blue tack will not stick photos to the walls within the setting, and that when tacks are used they are just piercing through a sagging wall surface.

The Care Inspectorate made an unannounced visit earlier this summer and a full report is expected to confirm that the setting is not fit for use.

Parents acting against the neglect

Parents are said to be so concerned they are considering removing their children from the nursery. The nursery holds around 45 children aged three to five, and the setting is located next to Ullapool Primary School.

Both parents of the nursery children and those on the Ullapool Primary School Parent Council, have written to Highland Council urging them to take action, requesting that they provide new permanent facilities for the nursery before the new school term begins in August.

Secretary of the Parent Council, Rev Alasdair Macleod is said to have been lobbying the council for the past year.

He said: “The nursery accommodation building was supposed to be temporary, but now over 30 years later it is completely rotten to the core and something has to be done.

“We know that Highland Council is short on money, but this is absolutely disgraceful. It is immoral that one of the most vulnerable groups in our society is being neglected due to budget priorities within the council.

“The World Health Organisation recommends that parents keep babies and children away from damp and mould, but Highland Council expects us to send our kids into these scandalous conditions.

He added: “What parent in their right mind would want to send their precious three-year-old into a building like this to breathe in dampness spores?

“It comes as no surprise that some folk are starting to consider pulling their wee ones out of the nursery if nothing is done before the start of term. It really is time for Highland Council to get a grip and sort this mess out.”

Alan Sears, chairperson of the Parent Council also hit out saying: “It is intolerable that our youngest and most vulnerable children will be forced to use this wholly inadequate structure for yet another term.

“The health and wellbeing of our children has to be the number one concern and must always be put before shuffling budgets and red tape.”

Parents of children due to start at the nursery in August are said to be reconsidering and looking at alternatives. Hosted in a temporary wooden building, the setting has now been using the same “temporary” solution for 30 years.

The primary school has been listed as one of 17 which should be considered for future investment, but will this be extended to the nursery facilities?

A response from Highland Council said: “Parents have made representations to the council regarding nursery accommodation at Ullapool. Our Area Education Manager has requested a condition report be prepared for consideration.”

Should more be done to ensure that nurseries are given the help they need when it comes to maintenance of their settings?