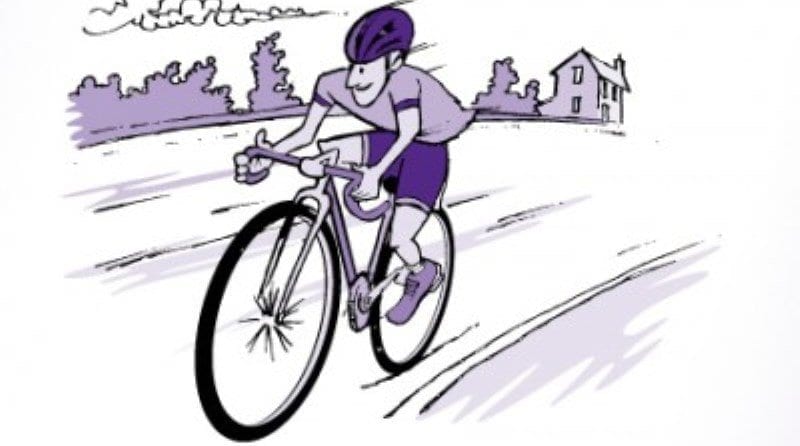 Matthew White and his friend, Mark Beeston, are hoping to complete a 1,000 mile bike ride in 13 days to raise £5,000 for the Peter Pan Nursery for Children with Special Needs. The setting is close to his heart as it has helped his son over the last year.

The route will see the two men set off from John O’Groats finishing at Lands End. Matthew’s son Max was diagnosed with syringomyelia, a rare condition affecting the spinal cord, last year and he has attended the special needs nursery in Newcastle-under-Lyme since then.

Diagnosed when he was just 11 months old, Max also has global development delay and requires one-to-one education and support.

Matthew, 33, from Madeley, said: "The Peter Pan Nursery do amazing things for children with all kinds of special needs; ourselves and other families would be lost without their service.

"I wanted to take on an activity which would be physically challenging to show our dedication and also encourage people in Staffordshire to support us with donations."

Along with his wife Charlotte, they set up a group called Maximise to raise money for the nursery and support them in caring for their children.

Charlotte has said; "The services Peter Pan offer aren't available for everyone in the region which is why we want to raise as much money as we can, so service offering can be extended, more nursery nurses can be employed and the waiting list of children decreased.

"It would be so nice to give all those children the opportunity of the best start in life, just like Max has had."

Setting off on August 2nd, Matthew and Mark have already raised over £2,500 and are inviting supporters to join them on part of their ride at the Old Post Office in Shrewsbury on August 10th.

Hoping to gain as much support as possible, Matthew said: "People can do one mile or as many as they like, hopefully collecting some sponsors themselves."

The Peter Pan Nursery targets fundraising of £250,000 a year to keep its doors open to families in Staffordshire and Cheshire.

Centre manager Mandy Price released a statement saying: "We're very proud of Matt and Mark and hope their efforts will go a long way to helping us reach our target of £250,000 this year."