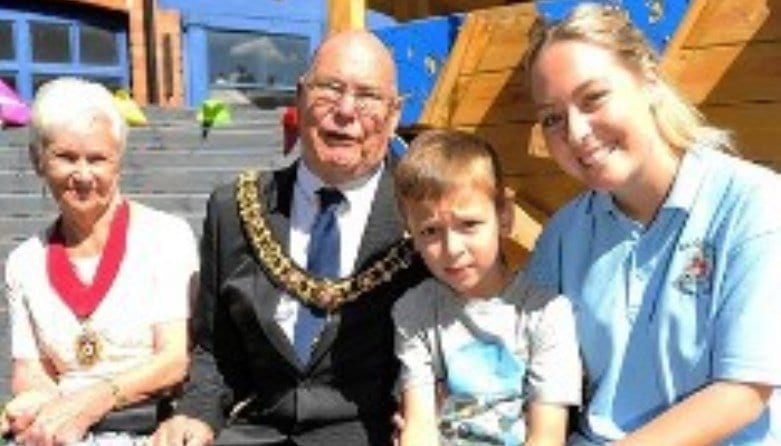 An organisation which has provided care for babies, toddlers and pre-school children since 1994 has marked its 20th anniversary by opening a new centre in Narborough.

St George's Nursery School also has other centres in Enderby, Aylestone, Oadby and Leicester city centre and has organised a series of fund-raising events as part of its celebrations.

£175.93 has been raised from a fete for a charity called Healing Little Hearts, which sends specialist medical teams to India to perform life saving heart operations on babies and children.

The Lord Mayor of Leicester, Councillor John Thomas, was taken on a tour of the building by directors Birju and Jaimie Ghelani before officially opening the new nursery.

The former derelict NHS building in Leicester Road, Narborough, has been transformed into a centre which will care for 60 children.

To find out more about the nursery, please visit http://www.stgeorgesnursery.com/