Whistleblowing: what would a good practitioner do? 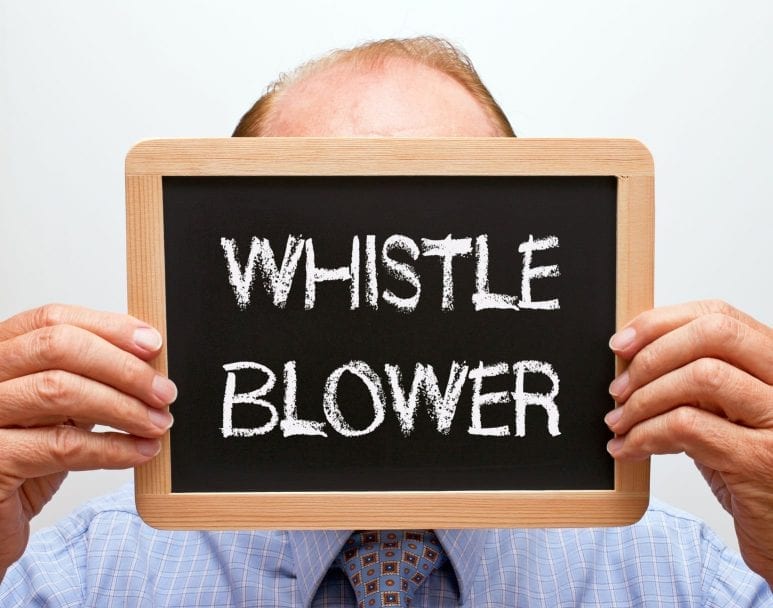 One of our readers wanted to share her experience of whistleblowing and why this forms a crucial part of good practice in an early years setting. Here is her story:

“As childcare professionals, we must be encouraged to report when we see unacceptable practice take place.

I was in the middle of writing to Parenta regarding the value of reporting when the Rotherham news hit the headlines and makes my report even more poignant. If we are to encourage whistleblowing and reporting within our industry then two things must be adhered to: the person doing the reporting must be listened to and whatever has been reported must be acted on. Sometimes, and certainly in our situation, it feels as if you get blamed if you report an incident and blamed if you don’t. Instead, I believe that we should move away from the blame culture and reporting should be seen as positive and exemplars of good practice.

If something major is going to happen, it’s strange how many times it occurs on a Friday afternoon. One such Friday afternoon will remain ingrained in my memory for a very long time. A member of staff came to see me and reported they were not happy regarding some practice they had seen in the nursery. We followed procedure to the letter, suspending the member of staff immediately, and contacted the Local Authority Designated Officer (LADO) and Ofsted. The LADO deemed the incident of a low threshold and gave us the authority to undertake an internal investigation. Having thirty plus years experience working in the Early Years sector it was what I would deem as ‘old fashioned practice’, something which had seemed a good idea at the time. Discussing the incident with the senior management team, we analysed why we believed a very fine line had been crossed. When does poor practice become a safeguarding concern? In the end, we asked one simple question: ‘If it was your child involved in this incident, would you be happy with the practice?’

The LADO expressed they were pleased that we had seen the need to report the incident and stated they often have to deal with senior managers who do not recognise when a line has been crossed.

An Ofsted inspection took place and at the feedback stage, the inspector stated we would more than likely have to be downgraded to a “Good” from our “Outstanding”. We accepted this, but what we could not accept was the fact that Ofsted quality assurance downgraded us to an “Inadequate”. This meant that they had gone against the judgement of an inspector. What followed was a long and stressful few months with the whole situation put into the hands of a solicitor. Finally, when we could see that Ofsted was not going to re-instate our “Outstanding” grade, we called all the parents together to inform them of the process.

We knew, at the time, that making the phone call to the LADO would set the hares running; there would be no going back and that rumours can quickly escalate. We wondered how we would survive the aftermath of an incident like this. If you ever find yourself in the same predicament, my advice would be to make sure you do the right thing by the child. The parents were unbelievably supportive and I will never forget the mother of the child involved standing up and saying how grateful she was that we had dealt with the situation in the correct manner. As childcare practitioners, we must be mindful that very young children cannot speak for themselves and therefore it is our responsibility to ensure that we are their voice.

Both the LADO and the parents stated that they knew we would always take our responsibilities seriously and we would continue to be a safe nursery. The easy option, at the time, may seem to be to cover up what had happened, but this breaks the level of trust with families that we have work so hard to build over the years. We had identified, confronted and dealt with a difficult situation, and Ofsted returned several months later  to reinstate our “Outstanding” rating.  However, the stress on the staff through the incident and consequent inspections had been enormous. It took a strong team and leadership of the highest standard to ensure the whole process did not impact on the welfare of the children.

Unfortunately, due to local authority cuts, there are just a handful of people left in the early years team and it was their support we called on during this time. Those handful of staff have been working with us over many years, know our nursery well and we therefore kept our NEF. This highlights the need for local authorities to work closely with local settings to  provide  the support and understanding they need to pick themselves up again following an experience like ours.

My advice to fellow practitioners is that reporting must never be seen as inadequate practice, it must always be encouraged and commended no matter how difficult the journey may seem. "

What do you think of our reader's experience? Is there a "blame culture" surrounding the reporting of an incident within a setting?