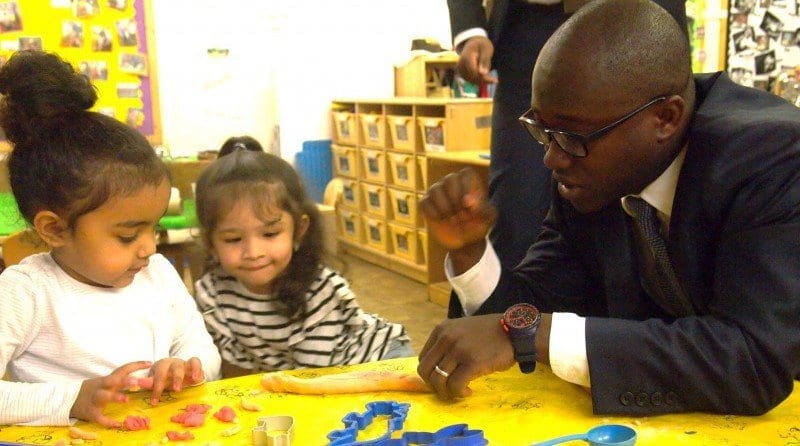 Karl Lewis, manager of Smarty Pants Day Nursery in Newham, describes the purpose of the Minister’s visit and what they discussed during the time he spent at the nursery:

On Tuesday 26th August Sam Gyimah, Minister for Childcare and Early Years,  visited us at Smarty Pants Day Nursery in Newham to discuss the expansion of the two-year-old funded spaces, where 40% of two-year-olds can now access 15 hours of free childcare. This follows government plans to extend early education to those who need it most, and give parents a greater choice of childcare moving forward.  Mr Gyimah wanted to know what he could do to help and how the funded spaces help both us and the local community.

Children often start at our nursery with very little communication skills, separation anxiety and some with behaviour problems. We explained the benefits of the expansion, in that we have found in the past that children who previously attended had left us with better social skills, improved communication skills and were generally better prepared for school than they would have been had they not attended an early years setting . We feel that the 15 hours free provision will also help parents find their way back into work and access childcare where previously they may not have been able to access this due to lack of finances.

We, at Smarty Pants Day Nursery, will have been established in the Newham borough for 20 years as of January 2015. The nursery was established by sisters, Sylvia and Jennifer Lewis, as one of the first private childcare settings in the borough. With the capacity to cater for up to 64 children in their Plashet Road branch, they also run a second branch in Stratford in Abbey Lane Children’s Centre. The nursery in Newham is managed and run on a day-to-day basis by Sylvia’s son, Karl Lewis. 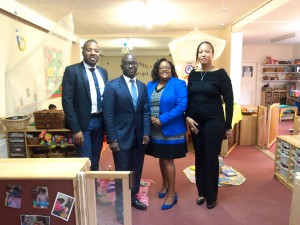 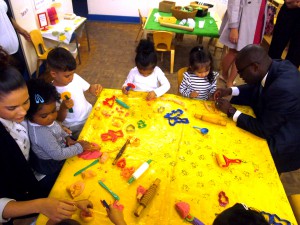 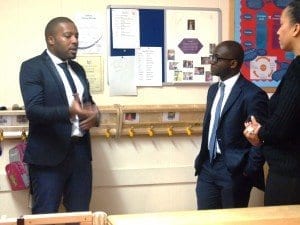 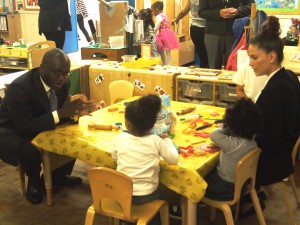