3 year old with holes in his heart starts nursery 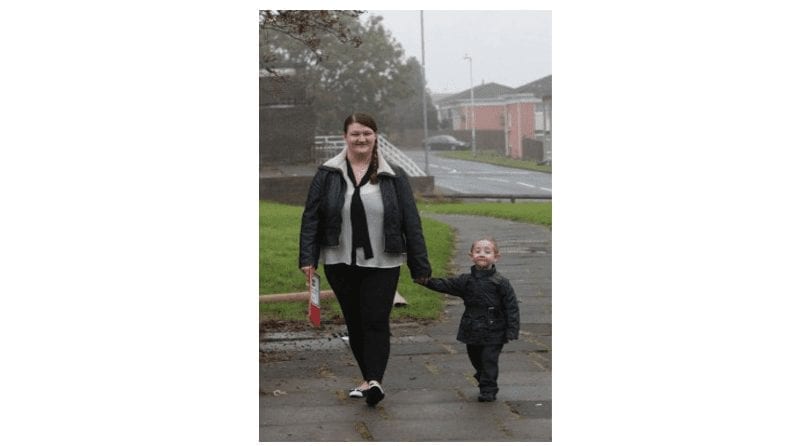 At one point, it was feared that the brave youngster would not make nursery, but now he has started Larkspur Community Primary School in Gateshead.

“When they told me what was wrong with him I broke down.”

“When he was poorly everyone kept telling me he was going to be OK and I didn’t prepare myself for the worst. I was just in total shock.”

“We never thought he would see his first day at school.”

It was when Owen was around 4 weeks old that Charlotte and her partner Darryl noticed that their son was jaundiced, and medical tests discovered he had a heart murmur.

They were later informed that he was suffering from tetralogy of fallot, and that he had narrowing of the main artery, thickening of the left ventricle and congenital heart disease.

Aged just over 2, he underwent corrective surgery to repair some of the holes in his heart, and surgeons stretched his main artery.

Mum, Charlotte said: “He had so many holes in his heart. He had 11 in total and one was huge. They couldn’t do the operation until the small holes closed or they were small enough to operate.”

“He would have gone into cardiac arrest if they had tried to fix the big holes so we had to wait until they repaired themselves.”

The youngster still suffers from congenital heart disease and will have to attend regular hospital appointments for the rest of his life.

His mum says that around six of the holes in his heart have now closed up.

With an older brother and new baby sister, Charlotte expressed how proud they all were to watch their little fighter start his first day at nursery: “Watching Owen leave to go to nursery brought everything back to us, but we are all very proud of him.”

“He still gets breathless now and again but to look at him you wouldn’t think there was anything wrong with him.”