Parenta to Paris: the team triathlon! 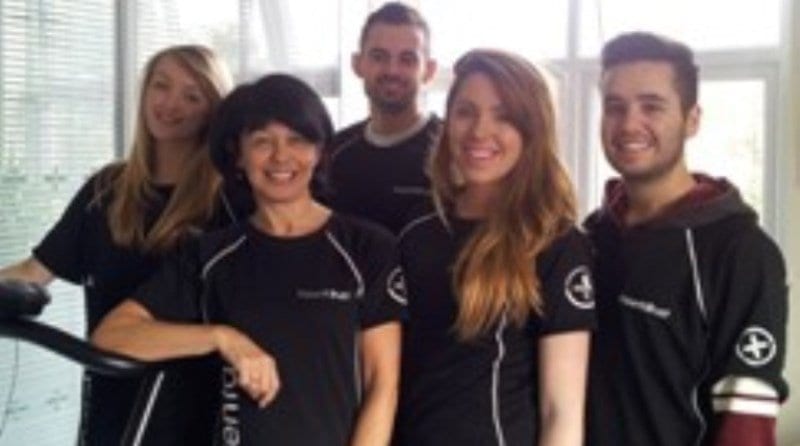 On Thursday 18th September, the customer service team at Parenta took on a challenge of epic proportions:  they ran, rowed and cycled 240 miles. This is the distance from Maidstone to Paris!

The Parenta to Paris team was made up of Luke Francis, Emma Reeves, Tommy Dellar, Amy Johnson and Richelle Sparks. The money they raised was for the Parenta Trust charity, to help build pre-schools in deprived areas of Eastern Africa.

A gym was set up in the office at the start of the challenge, complete with a treadmill, rowing machine and a bike. The team of five started their triathlon at 9am on Thursday morning, running the equivalent distance to Dover, rowing across the Channel and then hopping on the bike to ride the distance to Paris.

Before the day got underway, team leader Luke Francis said, “One of us will be sweating on the machine, while the others cover the phones. We’ll keep swapping until we’ve done all 240 miles.”

Everyone in the office lent their support with a special menu of English and French food being served for the day to raise extra money, as well as a £1 sweepstake to guess the team’s final completion time.

The team worked hard through the night and managed to finish in 23 hours 12 minutes. Despite the lack of sleep and very sore legs, Parenta to Paris raised a total of £531.75p.

Allan Presland, Managing Director of Parenta, said: “I am absolutely delighted with the effort put into fundraising by the customer service team. Completing a triathlon of this scale is difficult even for seasoned athletes, but the team managed to do this whilst balancing their everyday workload, too!”

He added: “I am very proud of the team. The money raised will be put towards building a new pre-school in Uganda next year.”