3 year old banned from school photo because of his haircut 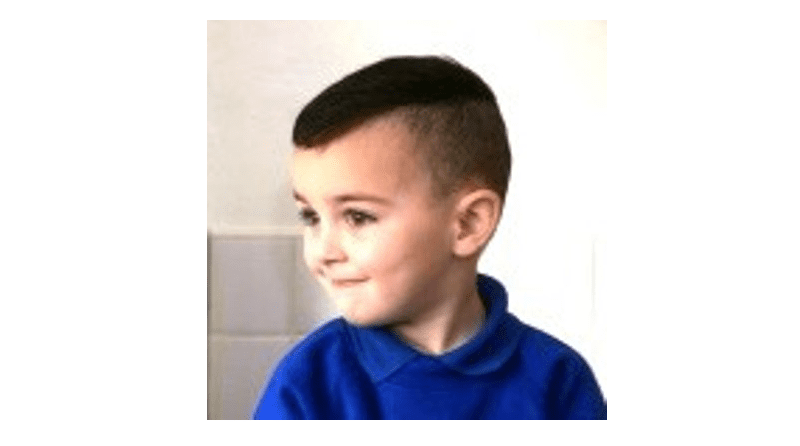 Delanely Templeton was walking to nursery all excited for his first school photo, chatting to his mum Julieann about having his picture taken with his friends.

However, when she came to collect her son, Julieann was shocked to learn that he had been told he could not have his photo taken like the rest of his classmates. She then went to speak to the Headteacher of the setting to see what had happened.

Julieann went to Headteacher Patricia Stoker to complain and was informed that her son’s hair was too short to be included.

“We were really looking forward to having his picture taken with the other children, and he was talking about it on the way to nursery that morning.”

“It would have been his first ever school photos. I was very, very upset and angry.”

“My son was refused because of his hairstyle. He has had the exact same hairstyle since he started nursery in September, and the school has never said it was inappropriate.”

“He was the only one in his year who was excluded.”

The youngster was left disappointed and without his first official photo, one the whole family had been looking forward to seeing.

“Every family with a child at our school receives a home school agreement, which includes the school uniform policy and extreme haircuts.

“Also letters are regularly sent out to remind parents of the school rules on extreme haircuts.

“That agreement, drawn up and agreed by staff and parents/carers at our school is there to help maintain levels of attainment, behaviour and discipline and improve standards.

“For a number of years, we have taken the time and trouble to arrange a photographer to come into school to take pictures of children on behalf of their families without any problems.

“We are all disappointed that this year a handful of parents who chose to ignore the home school agreement policies and rules, should deliberately disrupt those arrangements for everyone else.

“The vast majority of parents/carers of 370 pupils at our school respected the school uniform policy and will receive their photographs.”

If staff are failing to notify parents when they have broken the school rules on haircut styles , is it right to exclude the child from photographs?