Parents rally in bid to save ‘outstanding’ Derby nursery 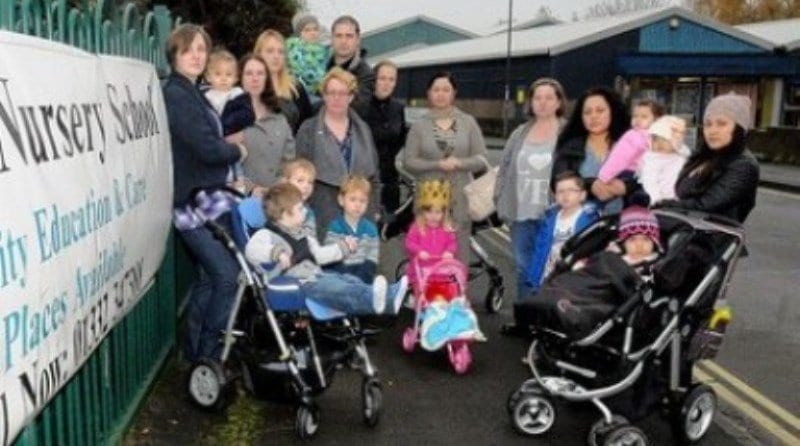 A nursery in Derby, which was rated as ‘outstanding’ during its last inspection, is facing closure after councillors have said that £100,000 could be saved as the setting is under-used and only 21% full.

One parent, Amanda Fuller, has said that it would be a huge loss to the city and its children if the nursery was forced to close. She said: "My son James, who is autistic and has learning difficulties, was extremely lucky to secure a place at the nursery school in 2007.

"He found himself in a very experienced mainstream nursery school which has extensive experience of children with special needs, especially autism. He, along with a great many other children, experienced a fantastic introduction to the education system.

"It was with great sadness that parents learned of the city council's decision to consult on closure in July 2015. We can't let a provision like this disappear without a fight."

A petition has been started by parents who are also lobbying their city councillors for support.

Gill Hall, whose own children previously attended the setting, said: "We are sure that more parents would send their children to the school if they realised it was there and so we want its profile to be raised. With new homes due to be built near the school, it seems premature to think of closing it now."

One concern is the suggestion that alternative nursery provision is available at Rosehill Infant, St Chad's and St James' C of E Infant schools.

Mrs Fuller said: "Parents are worried that these schools are not rated as "outstanding" and do not want to transfer their children."

The consultation put forward by the council continues until January 12 and results will be reported on February 18.

Councillor Fareer Hussain  said: "The viability of the nursery is a concern due to low numbers on roll over the last eight years with only 17 children currently attending the nursery, which can accommodate 80 children.”

"Consultation meetings have been arranged for members of staff and for parents this month."

Do you think more should be done to support local settings which are faced with closure when numbers are down?