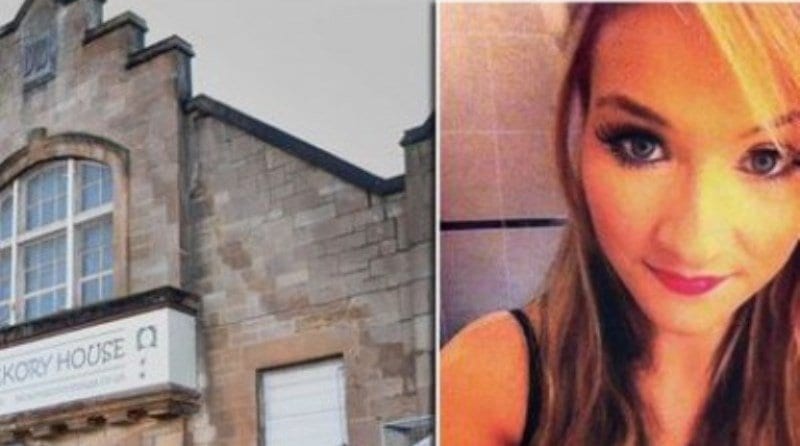 A 21 year old nursery nurse has now been banned from working with children after a foul mouthed twitter rampage in which she tweeted that she wanted a bomb sent to her workplace and that her manager was a “cow” with a “minging decrepit face”.

Her behaviour was revealed during a disciplinary hearing in which she admitted to the misconduct and as a result, was struck off of the register.

The 21 year old was working at Hickory Dickory House in Glasgow when the tweets were sent between March and August of 2013, when she quit.

The first in a series of 11 tweets said:

“If I have to clean another chair and trek to Pollok Park to find an Easter bunny, I’m gonna knock my manager clean out #cow #sh**friday”.

She further attacked her manager, writing:

“Can’t stand her minging decrepit face” and used hashtags like #sacktheb**ch and #annoyingcow.

Many of the indiscretions were sent whilst she was at work, with another saying:

“Hiding in the cupboard. On the job centre website as we speak”.

The series of tweets continued, with her last mentioning that she had been threatened with a disciplinary which saw her use the hashtags #couldntgiveaf*** and #iquit.

Scottish Social Services Council’s report stated that the 21 year old had “an unacceptable disregard for her manager’s well-being and safety”.

The mother of one, who is now pursuing a career in the beauty industry, said her tweets were the result of being treated like rubbish, and being fed up.

She has said that she wanted her manager to see the messages, stating:

“I’m not stupid, I knew it was a public forum. I wanted to get through to the manager because I was fed up of getting treated like a piece of rubbish.”

“I spoke to them and nothing was done about it. My profile was made public intentionally because it was private.”

“It’s not that I would physically harm anyone and they know that’s not who I am.”

“My conduct was fine at that nursery; I was one of their best members of staff. I had no problems until they treated me like rubbish and I retaliated. If I wasn’t a good worker I wouldn’t have been there that long.”

“Twitter was my last resort; there was no one else to speak to.”

“I wouldn’t say to anyone to do that. I just felt like it was my last resort and I did it.”

“I will not be working in any social care whatsoever; I’m doing something completely different with my life.”

The manager of the setting failed to comment. Social services chiefs said that her comments reflected: “deep seated personality and attitudinal problems” and that she showed no remorse for her actions.

As a follow on from the misconduct hearing, a report stated that:

“The allegations against the registrant are serious and her behaviour was abusive, derogatory and threatening.”

“She failed to treat her manager with dignity and respect.”

“The registrant’s behaviour demonstrated an unacceptable disregard for her managers’ well-being and safety.”

“The registrant’s behaviour caused or was likely to cause, distress to her manager, putting them at significant risk of emotional and psychological harm.”

“She failed to demonstrate insight, regret or remorse for her behaviour.”

Is there a need to resort to such drastic actions on a public platform, even if you feel like you aren’t being heard?