Night at the Nursery 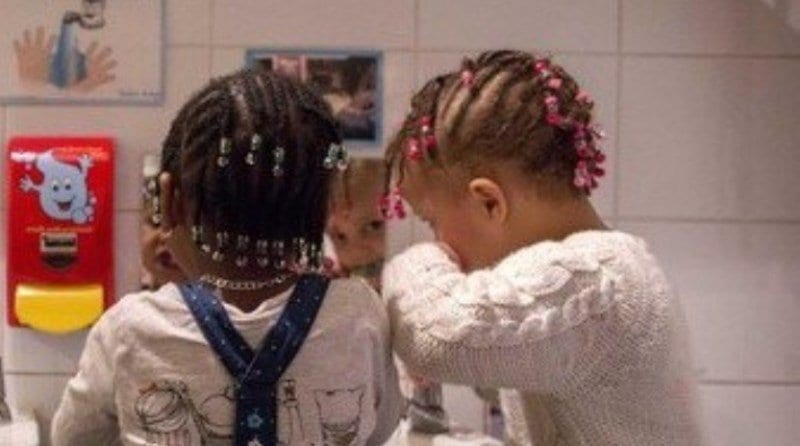 So, whilst most are downing their tools come 6.30pm, nursery manager Maria Quiroga is shepherding a trio of children to the bathroom to brush their teeth.

This nursery wants to accommodate parents’ working hours by taking children in from as early as 6am and allowing pick ups as late as midnight, and in special circumstances they even allow sleepovers.

One mother says she would have found working next to impossible if it was not for the nursery.

She said; “Sometimes I’m working 4pm to 11pm or 1am; sometimes earlier. If I want to bring my boy in at 4am, no problem.”

Although her son normally attends the nursery during regular hours, sometimes a cross over between her and her husband’s workshifts means their young son stays at the setting.

“He’s my baby, obviously I miss him. [But] I know he’s safe. Sometimes he doesn’t want to go back home. He loves this place.”

Another mother says she loves the weekend openings, and the fact that she can book her daughter in for long hours at short notice. As a mother of four, she says:

“I’m self-employed, I have to work when I get a booking. [My daughter is] happy, her best friend’s here. I love the flexibility.”

“I know it’s long hours but they have so much activity.”

It also discovered that others have work shifts that change from week to week and cannot easily be accommodated by childcare providers, who require pre-booking.

Night time take-up has not been as popular as originally anticipated, and currently only children who attend the regular day sessions are welcome overnight; one child stayed for 2 days and nights whilst his parents travelled for work.

Weekend sessions are bustling, with 22 spaces filled and a waiting list building steadily.

The nursery welcomes children from the age of 3 months but makes special exceptions for self-employed parents and occasionally allows them to attend earlier.

Ms Quiroga attends the nursery 7 days a week and believes the demand for overnight work is low, as parents feel guilty.

“People aren’t used to the idea. It’s something new.”

Baytree House’s owner, Janet Hogman, owns a further 2 nurseries and would love for other providers  to offer overnight childcare to help change the attitudes of people.

She is concerned that collecting a child late in the evening can have a negative affect on their health, saying they should be left to sleep.

Ms Quiroga has said that she feels the problem lies with the parents, saying that children see the nursery as a second home; she continues:

“We really love them,”

“We see the first steps. We prepare them to go for big school. When they are leaving [for school], I cry. I have to run away from the parents as I don’t want them to see me cry — it’s not professional.”

What are your thoughts on overnight and weekend nursery hours?