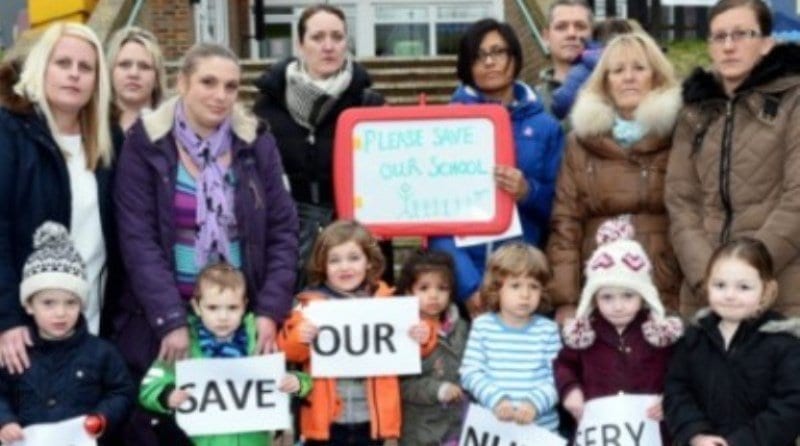 A Southwick nursery has now closed, and last week it gave parents of children who attend the setting just 3 days notice of the closure, with no alternative plans in place for support.

One parent, Mrs Dey, has said: “There is a massive shortage of pre-schools in the area and I have to sort it out otherwise I could lose my job,”

She continued: “I wasn’t told by a member of staff,”

“I walked passed a parent who was panicking and she told me it was shutting,”

Another mother, Mrs Wareham, whose daughter suffers from anxiety and is hearing-impaired has said: “It has come as a shock,”

“I’m having to find somewhere close by at the moment but my daughter won’t have any of it. Finding a new place is going to be tricky.”

The setting closed for 14 weeks last summer after its owner Alita Knott died. Since then, new management took over. Speaking of this, Mrs Wareham said:

“We stayed loyal and to be told they will be closed again is disgusting.”

“The directors of the company won’t speak to us, they will only email.”

Further parents left in the lurch

Mrs Stevenson, whose son is due to start school in September, spoke of the turbulence the closure has caused and at an important moment in his education.

“When I turned up on Monday, I thought, not again,”

“We had lost a full term of pre-school last year, but we wanted to stay loyal.”

Parents are rallying in an attempt to keep the nursery open, with Mrs Stevenson adding:

“I called Ofsted and said that the nursery has not given our children a duty of care and they said they don’t need to.”

Parents have also been to speak with local MP’s for support, but their efforts have been fruitless so far.

The owner has so far released no comment on the reasoning behind the setting’s closure.

How much disruption could a closure like this cause to a child’s development, as well as the parents?