Local charity off to a racing start: having a ball with Parenta Trust

A huge number of 'big name' charities are part of our everyday life, through their treasure-digging charity shops, their hard-hitting advert appeals and through posted requests (normally requiring us to fill bin bags with clothes that have not seen the light of day since 2002.) Donations for these charities pour in by the thousands each and every day, but how do smaller charities raise money without all this aid, and without the help of the scarily overt street workers that normally beg us to sign up and 'save the dolphins'? Parenta Trust is one of those charities, whose out-the-box ideas for raising money have not only been a lifetime experience for those involved, but also funded a once in a lifetime change for those it is in aid of.

The 8th November 2014 saw the first Parenta Trust Charity Ball. It was a night full of laughter, swanky dresses and good food, but the real reason for this gathering at the Village Hotel was never forgotten; to raise money to commission Parenta Trust's third school to be built in Uganda. In 2013, businessman and founder Allan Presland realised the potential of extending Parenta's (his childcare business) message of “Helping those who care for children” into Africa. His aim entailed the trust building a nursery each year in Eastern Africa for the next ten years... and they've gotten off an even better start than anticipated; just two years after forming the charity, with one school finished, the next in progress and the third already commissioned.

The fund-raising began with Parenta Trust's first big event in June 2013. The “Maidstone to Monaco” rally involved small groups finding cars for up to £350 to get them over Europe, to Monaco and back again. Each team had to raise £1,000, of course, in the name of fundraising. It was a huge success and money raiser for Parenta Trust, but also sparked off an annual event now renowned for the charity. The 2014 'Maidstone to Monaco' was bigger and more successful, starting with fourteen teams and ending with the life-changing sum of £23,000. Every time double takes were given down the Furka Pass as a Furry Volvo, an Audi turned Ghostbusters car, and a zebra-disguised people carrier drove passed, awareness was raised for Parenta Trust. The partakers were spurred on by the trustees who visited Uganda in May of 2014 to witness the opening of the first Parenta Trust pre-school, the 'Good Shepherd' School in Luwero, showing that change was truly possible.  Chairman of the charity, Andy Cooper, said he “jumped at the chance” of being part of the Maidstone to Monaco rally, but “best of all...we raised enough money to build a school that will help change lives and provide the building blocks for a better future for children in Uganda”. 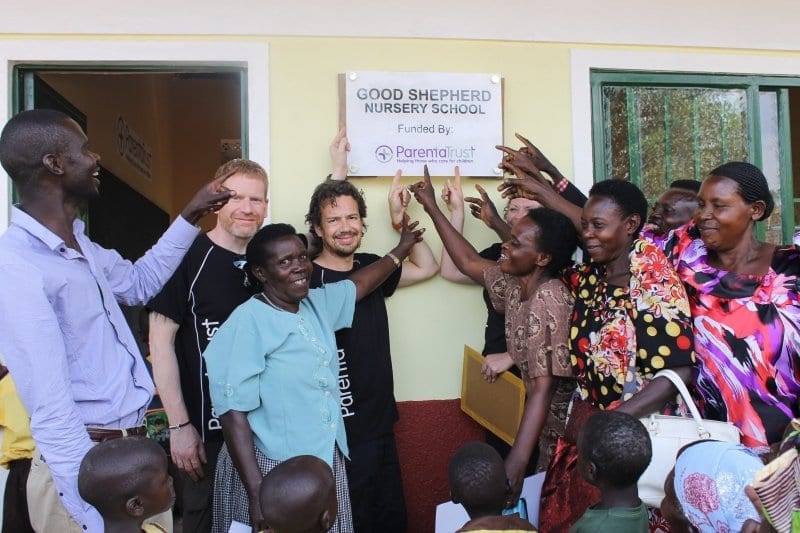 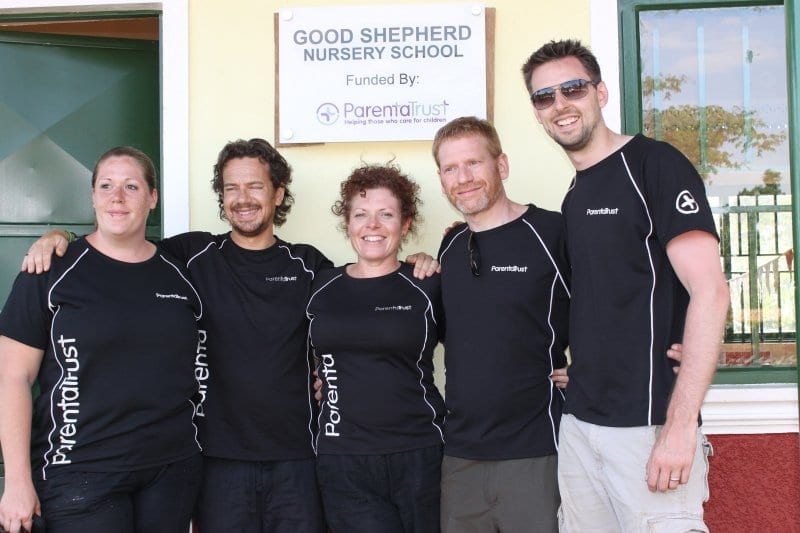 More than half of Uganda's population is under the age of 15, and a staggering 96% of these children are vulnerable to abuse in their own households and communities. It is hard to comprehend these facts, but Parenta Trust's first school has resulted in 140 children under the age of five being put into a happy and safe school environment. It may seem small now, but with the goal of ten schools over ten years, and two of these already in progress, there is hope for the future. When these schools are complete, already 450 Eastern African children will be educated by Parenta Trust. Mr Presland ensures that every school is “providing the opportunity for children under the age of 5 to embrace education at an early age. They will also benefit from a uniform, a daily hot meal, and the knowledge that can change their lives forever”, things that some of these children would have never seen or had in their lifetime. To add to this, every child will receive a mosquito net (with money raised by Product Manager Marie Kershaw in a pub quiz), in hope of bringing down the atrocious 483,000 children under five who died from Malaria in 2012.

Back to the main event, the Charity Ball was another unique way for Parenta Trust to raise money. After the silent auction, the live auction and the raffle, (not to mention to money raising table games and charity pots dotted around) the night raised an amazing £8,000, giving the go ahead for the third Parenta Trust School. The sheer generosity of people shone through local entrepreneur and his newly wed wife presenting the charity with a cheque of £2,000 of their own wedding money, adding to the emotional sense of pride and charitable spirit that filled the room. The evening was spent in good spirits and smiles, yet we were bought to a humble silence when we were shown a video of a young girl named Bridget. Smiling and dancing, we were never expecting the harsh reality of her life story. Fields of Life (partners of Parenta Trust) rescued Bridget from a shrine moments before her tribe were ready to sacrifice her poor, innocent soul. Now, thank you to sponsors, she is part of a Parenta school and has a happy life ahead of her. We were also reminded of the amazing work that the sponsorship of the children has done, such as for three year old Innocence, whose hernia proved life threatening until Parenta Trust funded his treatment. It was quietly obvious after this speech that the room was full of goose bumps and not one dry eye was to be seen.

The work of Parenta Trust has had an overwhelming impact on their cause, as well as exceeding everyone's aspirations and goals. As Founder Allan Presland perfectly puts it, “my thanks go out to those members of our amazing Parenta team who have helped raise funds for the charity, or who sponsor some of the children at the nursery schools, as well as to local businesses and friends who have done so much to raise funds. I am truly touched that so many people have supported this cause.” With the 2015 rally racking up numbers and Charity Ball number two in plan, we have every hope that Parenta Trust can fulfil their goal of helping hundreds of East-African children and even more.