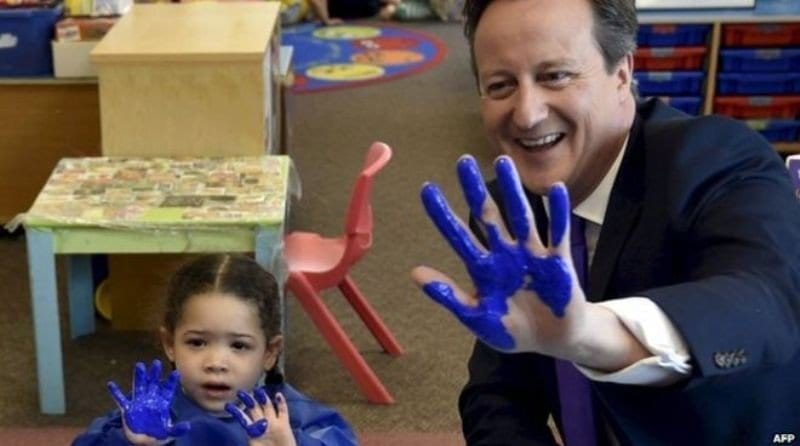 The scheme, which will see free childcare hours double for parents, is set to be brought forward a year to September 2016.

Parents in some areas of England will be entitled to additional free childcare earlier as pilot schemes are rolled out. With this, the Pre-School Learning Alliance is warning that the childcare system itself faces a meltdown if the government does not raise the amount it is paying childcare providers.

Ministers have said that they are committed to increasing funding for providers of childcare.

In the Queen’s Speech last week, the Childcare Bill announced that the current entitlement of 15 hours free childcare for three and four year olds would double for working parents, although it is still unclear how many hours they will need to work in order to qualify.

Speaking ahead of the announcement, David Cameron said the government was "pressing ahead with these reforms so that not a moment is lost in getting on with the task, going further than ever before to help with childcare costs".

What about childcare providers?

The Pre-School Learning Alliance says the grant the government currently provides child carers to subsidise free childcare falls short of the true cost by around 20% and they believe the new plan will see many childcare settings struggle.

It is suggested that private, voluntary and independent groups which provide around 60% of childcare places could lose up to £661 per three to four year old in their care if the plan goes ahead at the current rates.

Calculated by research group Ceeda, they estimate that the total cost to the sector will be approximately £1.95bn per year but funding at current rates will only cover £1.7bn.

That’s a massive shortfall of £250 million per year!

The Pre-School Learning Alliance represents 14,000 private voluntary and independent groups and has said they are already having to charge parents extra for hours not included in the free entitlement, just to cover costs.

Neil Leitch, Chief Executive at the Alliance has said: "Extending funded hours without first tackling this shortfall is clearly only going to make a bad situation worse,"

"While we of course welcome the drive to improve the availability of childcare in this country, these figures clearly show the government's plan to extend funded childcare hours simply cannot work without a substantial increase in sector funding.”

"The so-called 'free' childcare scheme is nothing of the sort. For years now, the initiative has been subsidised by providers and parents because of a lack of adequate government funding."

He warned: "I think this is crunch time, I think there will be a meltdown. You will see more and more providers withdrawing from the system and that will undermine and just railroad the entire policy."