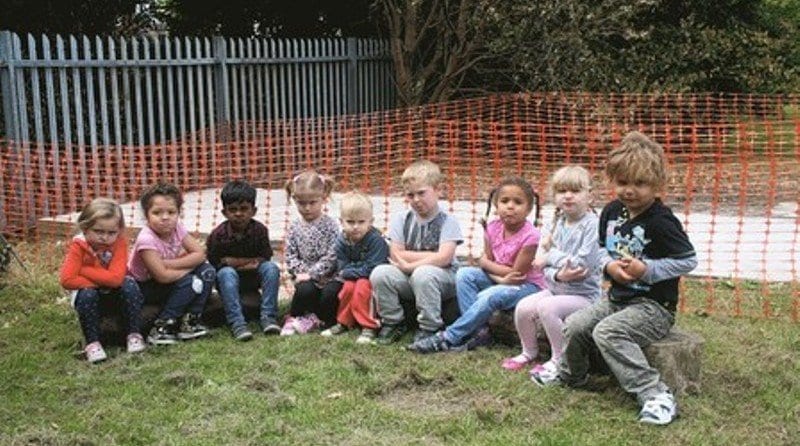 Tanglewood Nursery has launched a fundraising campaign after a fire destroyed a shed in their forest garden. The fire took place during half term back in May.

Head teacher, Susan Sutton, said of the incident: “We were saddened and disappointed by the fire.”

Staff were alerted to the attack by a call from the neighbouring school. The deputy headmistress, Rosie Harmer, said: “It was a devastating blow to the whole school,”

“Our site manager came very promptly but it was his 50th birthday the next day, so he had to spend his birthday clearing the debris.”

“Not only did the shed burn down but the fencing behind it has gone as well which means we have to make sure that the site is safe and secure before we can use it again.”

The fire destroyed an art project the children had completed a couple of weeks prior. Mrs Harmer added: “Our forest garden has only been there for about three years,”

“Every class gets to use it for one day a week, doing a range of carefully-planned activities, so it is highly valued by the children.”

“We had just had an artist in, funded by the Royal Opera House, working with the children on a two-week project.”

“It was really imaginative play using the forest garden and when she left, she contributed a lot of resources for the artwork, which were all being stored in the shed, along with lots of other stuff.”

“A lot of the stuff that we lost didn’t necessarily have monetary value but was important to us, like our traditional nativity equipment which is more than 20 years old,”

“We didn’t want to frighten the children with the idea of a fire so finding ways to explain it without worrying them has to be handled quite sensitively.”

Moving on from the incident, the setting is now going about raising enough money to replace the shed and the items that had been inside.

Mrs Harmer said: “We have been offered a cake stall by the school next door, Parkwood Academy, at their fete on July 11, which will be organised by our current parents.”

Police are still investigating the incident, searching for a suspected arsonist who they believe may have been using a moped.

A police spokesman said anyone with any information should contact PC Andrew Holmes at Chelmsford Police Station on 101.