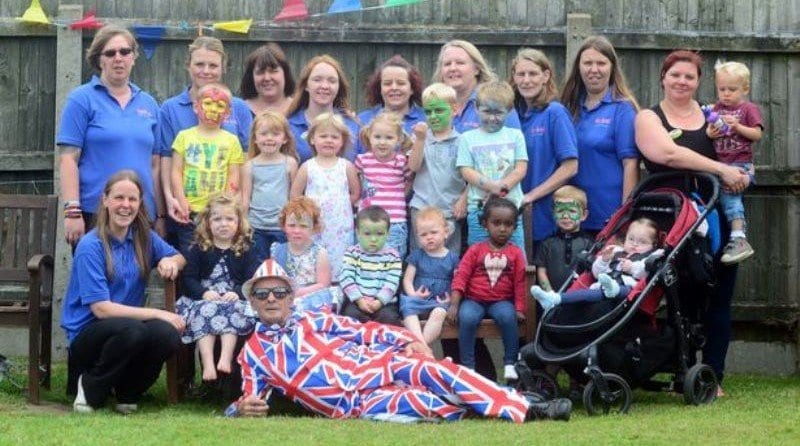 Tissues at the ready! Jack & Jill Playgroup in Coventry has looked after thousands of children over the years including generations from the same family, but sadly the setting has now closed.

Based in the Limbrick Wood Baptist Church, they were told that the room in which they were based was needed by the church so they were left without premises.

To mark their closure Jack & Jill held a party for past and present staff, children and parents. With emotions high, playgroup manager Claire Stringer said;

“It is absolutely devastating. We’ve got parents who were here themselves bringing their own children now.”

“I would love to have stayed because we have been here such a long time and have supported such a lot of children.”

One former staff member who worked at the setting for 28 years said there was nowhere for the children to go, Mal Brown continued;

“There’s nothing else in the area for them. It’s such a shame - what will happen to these children?”

The setting, which was charity run, employed 11 people and has an intake of 38 children. A board of trustees oversaw the setting, and Claire said that the trustees were stepping down and they had been unable to find replacements.

She had plans to take over the setting as a private concern, but it was at this point that the church withdrew the use of the room as the setting would no longer be considered a charity which breached contract guidelines.

Jane Macgillivray, 36, sent all of her four children to the playgroup including three-year-old daughter, Mary.

Of the closure she said; “Three of my children had learning difficulties one way or another - by the time they left here they had made massive steps forward.”

“The staff here are absolutely brilliant, they work their socks off for my kids. This is the worst day ever.”

Another mother, Keri Hopkins, 26, had been bringing her son Daniel to the group for 2 years, saying; “They’re like a second family. It’s a big shame so many children are going to miss out on that experience.”

“I would have recommended this nursery to anybody.”

Anyone who wants to offer the playgroup a venue can email jacknjillplaygroup@hotmail.co.uk