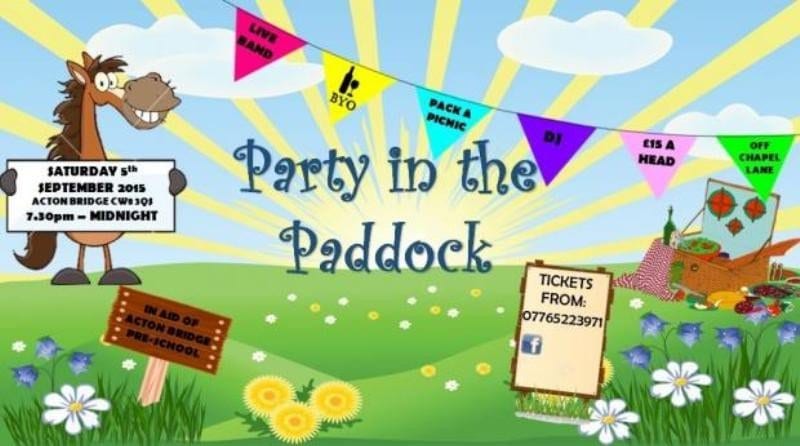 Leaders from Acton Bridge Pre-school have launched a fundraising and marketing drive in order to keep their setting open.

Based at the village’s parish rooms, the setting provides childcare for tots aged 2 and a half up to 5 years old. They currently have 7 children signed up to start in September but need an additional 3 children in order to be cost-effective.

Trustees of the setting have agreed it can remain open for a further year, during which time they will aim to raise £5,000 so they can continue to operate even if no further children join.

If they succeed in attracting further children to the setting, they will have a bit of a buffer for the coming year. Pre-school trustee Rose Rowland, whose daughter Maisie attends the setting has said:

“Our village pre-school is in serious threat of closure,”

“We currently don't have enough children signed up for September to continue – we have seven and need another three to make it cost-effective to open.”

Cheshire West ward councillors have pledged £1,000 between them to fund marketing for the pre-school, in the hopes this will help them attract further children.

They have been passing out leaflets in Weaverham and placed a banner in the village. They are also planning to put posters up in Norley, Crowton, Weaverham and Acton Bridge to promote the pre-school further.

It is also putting fliers in the Acton Bridge newsletter, and is planning to have a pop-up stand at local shows and fetes.

Rose said that they were looking to raise £3,600 of the target by Christmas and that the first fundraising event is Party in the Paddock on 5 September.

The fundraiser in Chapel Lane, Acton Bridge, will feature a band and a disco, and tickets are £15, which are available from Louise Harris on 07765 223971.

There are also plans for a Halloween children’s party and a Christmas fair.

“We had a meeting at the parish rooms and agreed to carry on for another 12 months and to see how it goes,” said Rose.

“We don’t spend any money on advertising, it is just word of mouth, and we have to raise our profile.”

“People are not aware of the pre-school, which is a hidden gem, and I hope we have a good chance to save it.”

“We are asking people to support us and the fundraising events, but more than anything we need more children.”