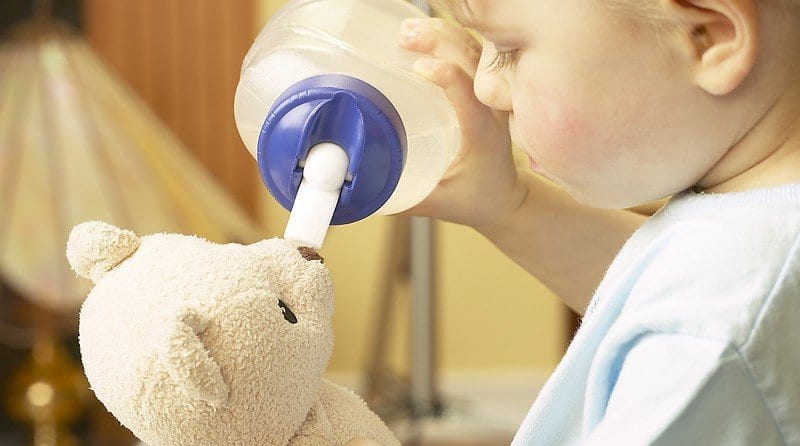 Back in  the 1980s, psychologists warned that the increase in nursery places was leading to a generation of violent “little savages”. Scientists have now disproved this theory.

Psychologists have claimed that since the use of nurseries has increased, the behaviour of children has declined, with Psychologist Oliver James warning that this increase could lead to a generation of violent savages.

A new study has dismissed the concerns of parents, with scientists now suggesting that time spent in the care of other adults can actually improve infant behaviour.

Researchers concluded that the amount of time youngsters spend in childcare does in fact help to decrease and diminish aggressive behaviour.

The study took a group of 939 parents and focused on the time their children spent in nursery at the ages of six months, one, two, three and four years old.

Professor Eric Dearing was the lead author of the study, which was carried out by Boston College in Massachusetts. He said:

“From a public perspective, our findings are important because they should help ease parents’ fears about the potential harms of early non-parental child care.”

Since the increase of working mums in the 1980s, child development researchers have warned of the dangers of childcare on social and emotional adjustment.

Back in 2013, Psychologist Oliver James said:

“If you are an 18 month-old in a nursery, it is impossible for you not to feel threatened. You are surrounded by savages and you are a little savage too.”

But Professor Dearing has countered this, saying: “While some studies indicate that beginning care early in life and attending for long hours leads to high levels of behaviour problems such as elevated aggression, other studies indicate no risk associated with child care.”

Dearing’s team interviewed parents of 939 Norwegian children about the time they spent in childcare at various ages.

Professor Dearing said: “One surprising finding was that the longer children were in non-parental care, the smaller the effects on aggression became.

“At age two, there was some evidence of small effects of early, extensive, and continuous care on aggression.

“Yet, by age four - when these children had been in child care for four additional years - there were no measurable effects of child care in any of our statistical models.

“This is the opposite of what one would expect if continuous care was risky for young children.

“‘If early, extensive, and continuous non-parental care does, in fact, cause high levels of aggression in children, this study suggests that one year of parental leave, and entry into high-quality centre care thereafter, may help prevent such an outcome.”

The findings were published in the journal Psychological Science.