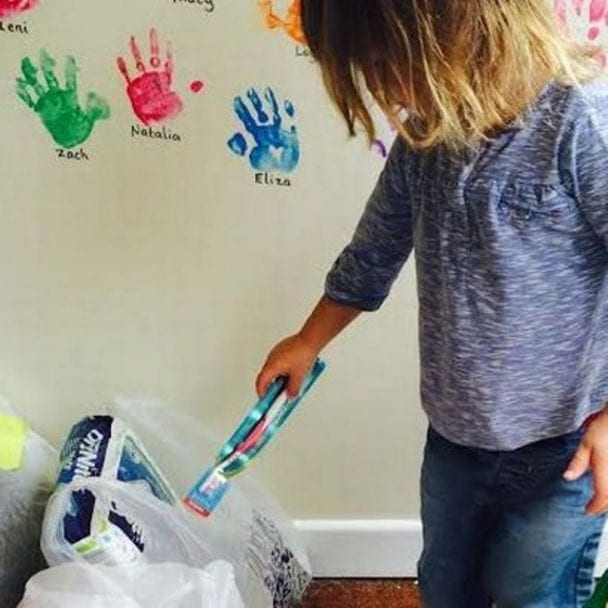 Children at Paws Nursery School in Warfield have been busy collecting and sorting donated items, ready to pass on to refugees.

After staff at Paws discovered the work of Gossip Girls for Refugees, they decided to collaborate with the group; starting off their own collection.

Starting the collection on September 7, they have already received dozens of bags filled with toys, toiletries, shoes, clothes and blankets.

Children aged 2-5 have been collecting, sorting and packing the vast array of items, with nursery manager Natasha Ellery saying:

"The children have really enjoyed sorting and packing all of the bits we have collected.”

"We have also been having them tell us what clothes they wear, where they sleep and what they eat, so we can explain to them that some children don’t have these things.”

"Gossip Girls for Refugees have been using a storage unit in Slough and my colleague Tara Lillis drove a car-full of the first packages up there earlier this week. She’s been really helpful delivering our collections from us to the storage unit."

She continued: "Everyone has been incredibly generous. We have received loads of stuff that is brand new and things still in packages. Plenty of people have also arrived after having a clear out.”

"Generally, each person has brought down at least three bin bags full of stuff and we are expecting a lot more before we stop the collection on (Friday) September 18.”

The Gossip Girls for Refugees group came together after horrifying images surfaced of children dying in an attempt to escape the horrific conditions they were facing in their homes. They collect supplies for refugees and raise funds for Migrant Offshore Aid Station and Syria Aid.

For more information about Gossip Girls for Refugees, visit their GivenGain page.