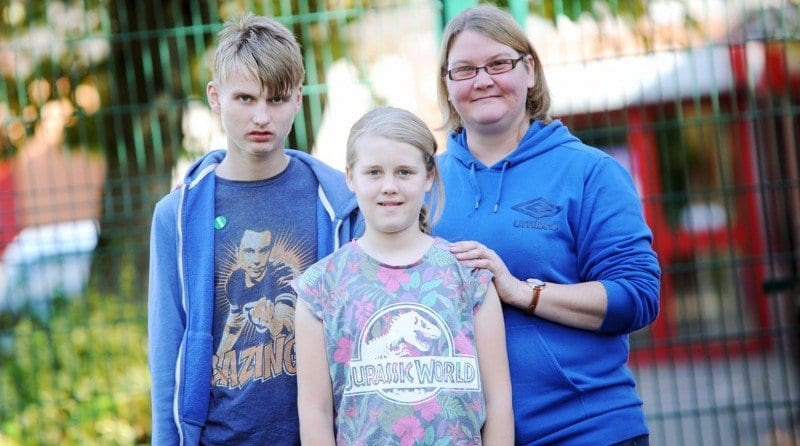 Susan Isaacs council-run nursery has been earmarked for closure after the local town hall and nursery bosses highlighted falling numbers and the pressure on finances.

One mum, however, is battling the proposed closure of the setting, despite her children having not attended for more than a decade.

Justine Shepherd said of her decision to rally against this:

“My son George has autism and he was moved from a nursery and placed in Susan Isaacs Nursery where he was given access to speech and language therapist and other resources.”

“His development progressed no end. He is now 16 years old and is at Rumworth School, where he has taken some GCSEs.

“If it wasn’t for the development he received at Susan Isaacs Nursery I don’t think would have ever taken his GCSEs. My daughter Anna also went there, she has just started Harper Green.

“The staff there are just brilliant, you could not find a more nurturing or caring group of people.

“My children left a long time ago, but I still in touch with the staff, the nursery becomes like a family to you.

Mrs Shepherd is helping to organise a petition against the closure, continuing on to say:

Other campaigners are urging people to get involved in the consultation before the council and the nursery make a final decision on its future.

Mrs Shepherd is rallying for signatures in the local town centre, saying: “I think we will get enough signatures to make a difference.

“A lot of people have a lot of time for the nursery school because many children went there, and people who I have told about the proposed closure have said ‘it can’t close’.

“There is a real strength of feeling against the closure.”

Trade Unions in Bolton are also challenging the closure, requesting more information on figures that back up this decision.

Bolton Council is consulting on the proposals and is urging those that wish to take part to let their views be known by 23 October. The decision will be made on the future of the setting after this date and a full report will be issued.