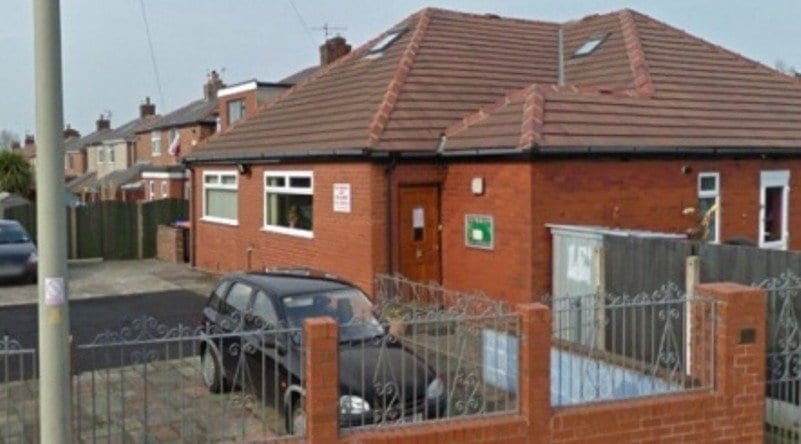 A 2 year old boy wandered 200 metres out of his nursery and towards a main road, crossing at least one other road in the process.

A horrified driver nearly hit the youngster during rush hour traffic, before stopping her car an ushering him to a nearby shop to call the Police.

Officers said the lady informed them that she had almost hit the child, before she got out of her car and took him to a shop nearby.

Staff at Squirrels Day Care Centre called the Police 35 minutes after he was found, believing he was hiding within the setting. Ofsted have now launched an investigation into the incident.

The nursery have “sincerely” apologised for the incident, saying it was a “one off”, and that whilst they carry out an  internal investigation, a student member of staff is now no longer working at the setting.

They have now installed additional safety gates, CCTV is also going to be fitted along with alarms that will sound if a door is opened.

Ofsted will be visiting the nursery on Monday the 19 October to question staff, with a spokesman stating; “We are aware of the incident and we are investigating.”

Manager Becky Hodgkinson said staff followed the nursery’s missing child procedure  once they realised the tot was missing. She said: “The nursery has been open for 20-odd years and this has never happened before.”

“We are taking this very seriously and we have put extra safeguarding measures in place to prevent something like this happening again.”

“We are sincerely sorry for any distress caused. It was such an unfortunate incident and one we are not taking lightly.”

“All the other parents have been informed and they are all happy for their children to carry on attending because they have faith in us.”

“They have been supportive.”

Parents of the 2 year old boy that wandered out of the setting have withdrawn him from their care. Miss Hodgkinson says it is believed he slipped out of the kitchen door, which was open whilst rubbish was being taken outside.

She stated; “As all the doors and windows were locked, the assumption was he must have been hiding in the setting.”

“It was during the search, alarm started to set in.”

One parent, Rachael Turner, has a 2 year old boy who attends the setting. Of the incident she said; “I’ve tried to put myself in the [boy’s] parents’ shoes.”

“If he was found safe and sound at the end of the street, it would be a misdemeanour I could accept. No harm was done.”

“With certainty I know that when I drop Frankie off he is happy, safe, and loved.”

“He loves it. He bounds down the path.”

“I feel so sorry this has happened, it was just an unfortunate accident.”

A police spokesman said: “We were called around 4.15pm on Friday, October 9 to an address in Bispham Road after reports a two-year-old boy had been found in the street.”

“Officers attended and the boy was collected and taken to Bispham Police Station.”

“We were later called to an address in Toronto Avenue at around 4.50pm after reports a two-year-old boy had gone missing from a nursery.”

“Officers believed it was the same boy and took him back to the nursery to be identified.”

“We waited for his parents to arrive and he was collected by them.”

Officers filed an urgent report with Ofsted and spoke to staff about the incident.