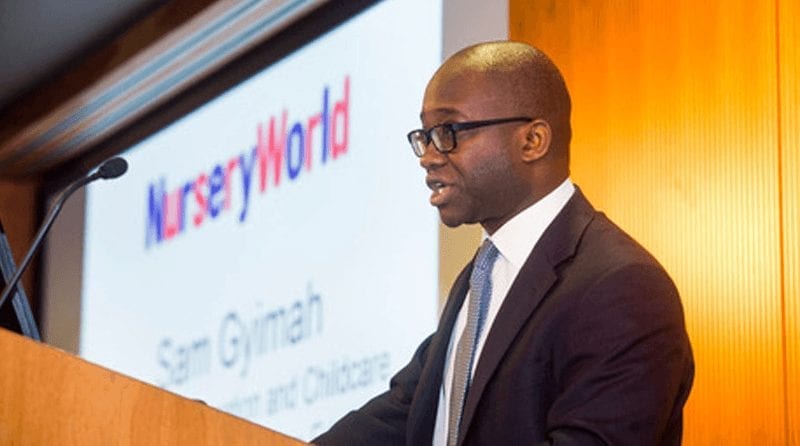 A group from the childcare sector are clashing with the Government over equivalents to GCSEs for early years qualifications. On Tuesday, the group requested that reasonable equivalents be accepted instead of GCSE grade for those taking Level 3 in childcare.

Nursery World held a business summit where Sam Gyimah, the childcare minister, said he had no plans to change the requirements any further. They will continue to be A-C grades in maths and English for those wishing to take Level 3.

The minister claimed that the GCSE requirements were in line with what employers want from candidates. This is in spite of the childcare sector facing a shortage of Level 3 staff, as Allan Presland discussed in his blog this month. Training companies are reporting huge drops in the number of learners taking the qualification and CACHE has reported that the number of registrations it has received for its Level 3 courses has dropped by 44% compared to 2013-14.

Ms Meleady, who chairs the group and is responsible for drafting the standard, has said, ‘We are respectfully urging the DFE to put the reasonable equivalents we have identified on the approved GCSE equivalents list.’

The issue was confused further when it was noted that many students were admitted onto courses at university with GCSE equivalents, but were not allowed to count in ratios at the end of their course. The government changed the rules following this, on the basis that standards on numeracy and literature were covered by separate tests. This has not, however, been filtered through to early years degrees or apprenticeships.

What’s the solution to move forward with the Level 3 recruitment crisis? Allan Presland explains in his blog: