The journey from apprenticeship to management 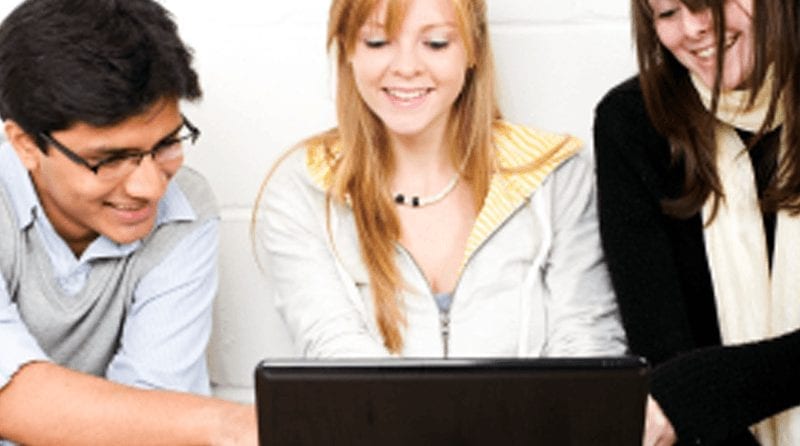 Jamie Crowhurst, 22, has become a permanent member of staff at Parenta since coming on board as a training apprentice three years ago. During his time at the company, he has changed job role, changed departments and been promoted. Now, he is helping to mentor and guide a junior apprentice who reports to him. In this interview, he talks honestly about what he’s learnt from doing an apprenticeship and what impact this has had on his life so far.

Why did you apply for an apprenticeship?

I was in Connections [career centre] and someone offered me the chance to do an IT apprenticeship with a local company called Zenos. I found the idea quite interesting, so I went for it and did a 6 month course with them. Because it was classroom-based, I learnt how to analyse and solve computer problems but missed out on having real life experience of work. Once the course finished, I spotted a training apprenticeship with Parenta and decided to apply for it. I’ve never looked back since!

What age were you when you started?

I was 19 when I started my apprenticeship. In fact, I was one of the very first apprentices that Parenta employed after completing the course! There are now 5 apprentices and 11 people doing apprenticeships across different areas of the business, including: administration, marketing and ICT.

[pullquote]When I first joined Parenta, I never thought doing an apprenticeship could open so many doors for me; now I’m really glad I did it.[/pullquote]

Did you have any qualifications at the time?

At the time, I had GCSEs in Maths, English and RE. I also had my IT qualifications which I had earned from Zenos.

What have you learnt during your apprenticeship?

I feel like I’ve learnt a lot! For a start, doing an apprenticeship has given me experience of the workplace and allowed me to put the skills I’ve learnt into practise in everyday situations. I’ve learnt how to communicate well with colleagues and customers whilst working closely with them to resolve their problems. Over time, I’ve also learnt how to manage my own workload. These are transferable and lifelong skills that would be relevant to any job I applied for in the future.

How have you progressed through the company since you finished your apprenticeship?

When I started, I worked as a Training Apprentice, helping out with administrative tasks within the department. Then, a full time administrator role came up internally but I didn’t get the job. After a few months into my apprenticeship, I was given the opportunity to cover a woman who had left the company to cover her role on supporting Parenta's customer websites with updates and amendments. I did this for 4-5 months and then I was given the chance to become a Junior IT Support Analyst on completion of my apprenticeship. I took on the role and did this for 2 years, which involved learning about the operations side of the business and helping solve IT issues for staff and customers.

How has it benefited you overall?

Doing an apprenticeship has boosted my confidence and made me more assured of my abilities. I’ve learnt how to use my initiative, organise my workload and manage people’s expectations, including dealing well with complaints! Alongside gaining experience of work, I’ve also managed to achieve a nationally recognised qualification which makes me more employable.

What is your role now?

I’ve now been promoted to the role of Operations Analyst within the business and have an apprentice of my own reporting to me in the same role I used to be in! Because I know exactly what it’s like to do his job, I’m trying to give him as much guidance and encouragement as possible.

And what does the future hold?

In the future, I’d like to complete my Level 2 in Team Leading and then go on to do a Level 3 in Management. I’m not sure exactly what I want to do in the future, but I do enjoy managing and dealing with people in general, so hopefully I’ll manage a small team of 4-5 people in a similar capacity to what I’m doing now.

Would you recommend doing an apprenticeship?

Want to find out more about doing an apprenticeship?

Find out more about apprenticeships

Parenta was established in 1999 and is based in Maidstone, Kent.

Find out more at www.parenta.com.