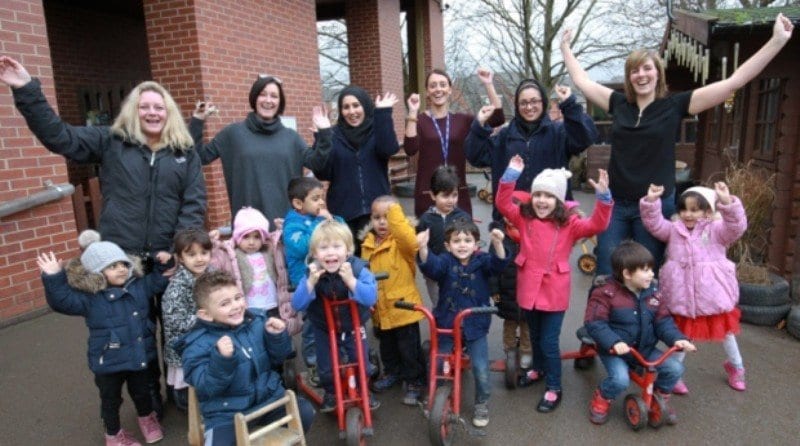 Children and staff at a Sheffield nursery are celebrating after receiving an ‘outstanding’ rating by Ofsted for the second time in a row.

Darnall Community Nursery has been praised by Ofsted inspectors, saying that the nursery team were ‘inspirational’ and that their enthusiasm, passion and high expectations showed a drive for ongoing development and continual improvements.

The team were also praised for how well they managed to get to know the children and for the way they provided high levels of support to children in their nursery who had disabilities, special educational needs or spoke English as their second language.

Inspectors who attended the nursery found that activities and routines were adapted very well to the children and that they were very eager to learn.

Partnerships with parents were also found to be ‘exemplary’, with the parents being kept up to date with the educational programs the children were involved in as well as playing a key part in supporting their child’s development.

Nursery manager Claire Ward said: “We are extremely proud that a community-led nursery run by its community for its community has achieved this status for the second time in a row. This is testament to the commitment of local volunteers, parents and carers who are dedicated to providing the best start they can for their children and improving longer term outcomes.

“It goes to show that the people who know their communities and the needs of their children best, when consulted and involved in planning provision for their children can achieve outstanding results.”