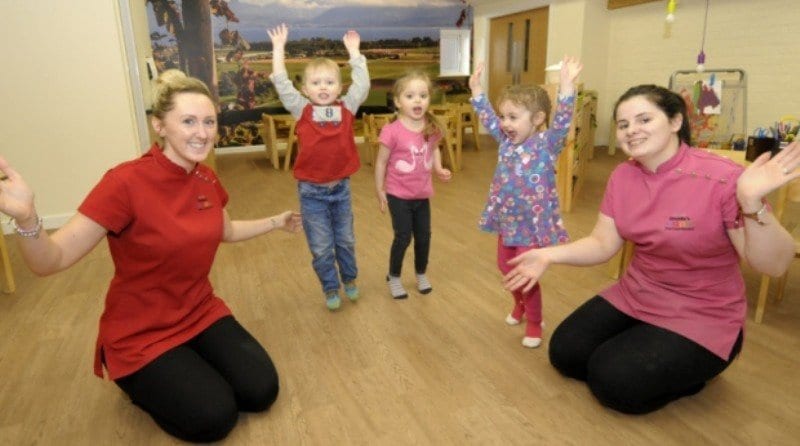 One of Blackpool’s largest nurseries has recently become even bigger due to a massive £55,000 revamp.

Grunty’s Day Care Nursery has recently undergone a 3 month long renovation in order to accommodate more children. The nursery, run inside a former Fun Factory, has increased the amount of children it can take from 88 to 128.

Manager of Grunty’s, Sally Manning, has said: “We had quite a large waiting list and we had to turn people away because we were full. They were getting upset [because] we couldn’t provide a place so we decided to extend. We could take 88 children of all ages before and we now have places for 128.”

Sally added: “We had four rooms upstairs and we removed two to create the pre-school room. We still have two Fun Factory rooms, which the children love. They would be in there all the time if they could.”

The new extension to the nursery also means that four new jobs have been created, with more members of staff due to be recruited as more parents sign up their children to join.

On Saturday 9th January, the nursery held an open day with a wide variety of activities taking place from 10am until 2pm.Parents were invited to look around the upgraded nursery whilst their children explored the new play areas.