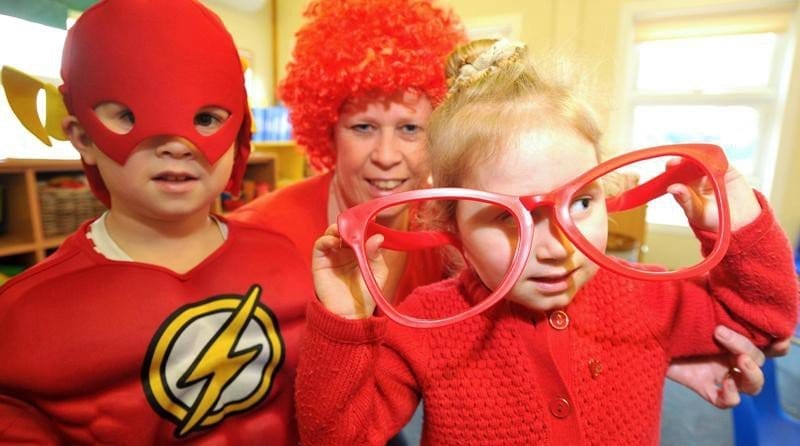 Children at a nursery in Stratton have spent a week celebrating and raising money for the British Heart Foundation.

Over the course of last week, the children at Sunrise Nursery spent time making red cakes and banners, all in support of the British Heart Foundation’s Wear It Beat It campaign.

The nursery children also enjoyed a week’s worth of red snacks, including: red peppers, tomatoes, strawberry milkshakes and jam doughnuts.

On the Friday, children were invited to attend dressed in as much red clothing as they had, with some infants arriving in red dresses and jumpers and one child arriving dressed as comic book superhero The Flash.

The British Heart Foundation is an important charity to the nursery, which is run by Paula McKinna and Linda Fishlock. Deputy manager Callum McKinna said, “We have got a little girl here who had heart issues when she was a baby.

“Paula’s husband also had a major heart surgery, he had a quadruple heart bypass and he has been recovering well.

“All this week we have been talking to the children about healthy eating and how to keep their heart healthy.

“We made lots of fairy cakes with hearts on and we were making more in this afternoon. Even the babies were made biscuits.”

By Friday afternoon, the children had managed to raise over £400 for the charity but they were hoping to add more to the total, with donations still coming in from parents.

Visit our blog to stay up to date with the latest news in childcare.