Nursery raises over £1,000 for charity 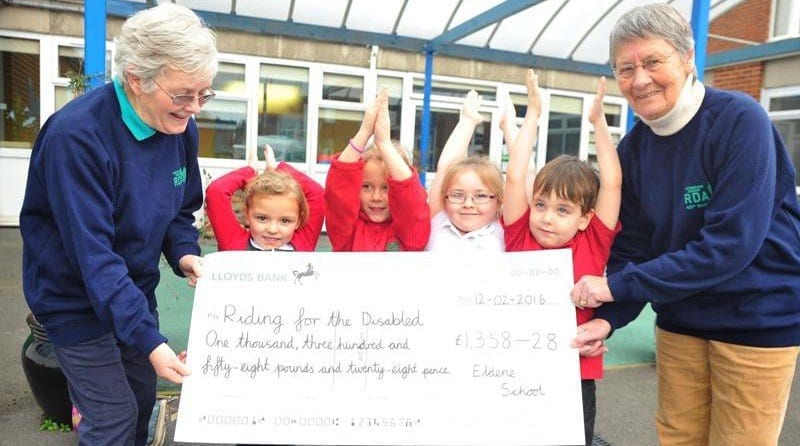 A Swindon Primary school has raised more than £1,000 for the charity Riding For The Disabled Association.

Children at Eldene Nursery and Primary School presented the cheque for £1,358 to the charity last Friday.

The fundraising for the charity has been going on all throughout 2015, with the children’s original target being to raise just £1,000.

A special assembly was held to celebrate what the children had achieved in the past year, with representatives of the charity being in attendance.

Head Teacher, Heather Kellett, has said “They have been really excited about today and they all feel really proud of themselves. They all cheered when the cheque was unveiled and there was a really good atmosphere.”

“We have had a white and black themed dress up day in honour of the horse we were sponsoring, a black and white horse called Meg.

“They also took part in an obstacle course and had the horse from the charity visit the school for the day to explain what they do which the children absolutely loved.

“I’m absolutely delighted with the amount of money raised which is testament to the hard work of the children, staff and governors.”

The nursery has chosen Assistance Dogs UK as their next charity to fundraise for over the course of 2016.