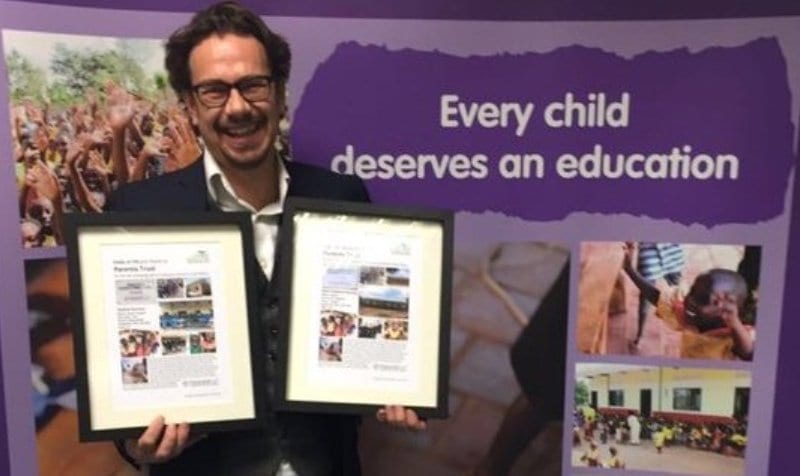 The schools, both built in Uganda, were completed in June 2014 and July 2015 respectively. There are currently 276 children enrolled across both sites, supported by a team of 44 teachers and additional staff.

Parenta Trust, the charitable arm of the childcare training and software company Parenta, has pledged to build 10 of these schools over a ten year period. Work has already begun on the build of the third nursery school in Uganda.

Allan Presland, MD of Parenta and a trustee of the charity, said:  “I am very grateful to FoL for acknowledging the work we are doing in Africa. These two nursery schools are the first of ten which we have committed to build over the next few years which will transform the lives of children under 5 in some of the most deprived areas imaginable.”

Want to find out more about the Parenta Trust, its charitable events, or sponsoring a child within a Parenta Trust school?