The countdown begins for the annual Parenta Trust rally! 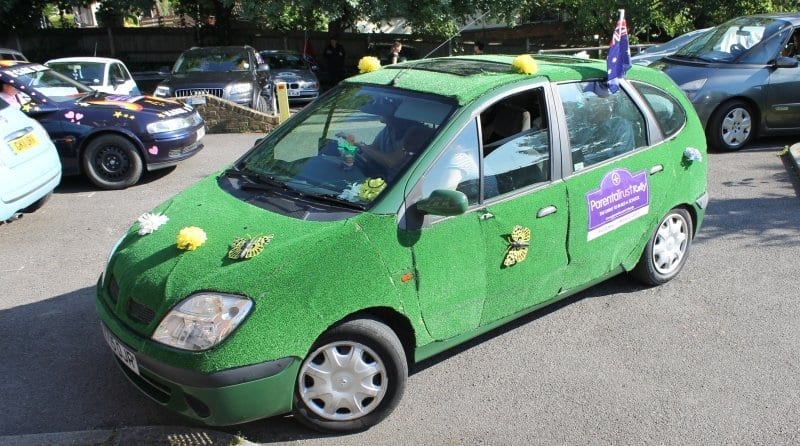 The next Parenta Trust banger rally is scheduled to take place on 22nd-26th June, with teams meeting at the Parenta head office in Maidstone.

This important fundraising event will see the charity raise money for the construction of its next pre-school in Uganda, bringing the total number of schools to 5.

The Parenta Trust has enjoyed enormous support since its creation in 2013 and has so far exceeded its aim of building one new pre-school each year in Africa. In just 3 years, it has already commissioned 4 schools to help disadvantaged children in some of the most deprived areas of Uganda.

This year’s theme for the rally will be ‘fur ball’, which the teams can interpret however they wish.

Talking about his experience of taking part in the rally, Andy Cooper, a trustee of the Parenta Trust, said:  “The idea of driving with my buddy and a group of like minded people down to Monaco on some of the world’s best driving roads was enough to hook me.

“What I didn’t know at the time was what a truly magnificent life changing journey it was going to be.”

To take part, each participating team must buy a ‘banger’ car for around £350 to make the journey through Europe to Monaco, and back again. Each team must also raise £1000 to put towards the build of the Parenta Trust’s next pre-school.

The charity is currently searching for participants to take part in this once-in-a-lifetime driving experience. Want to sign up to our next rally?