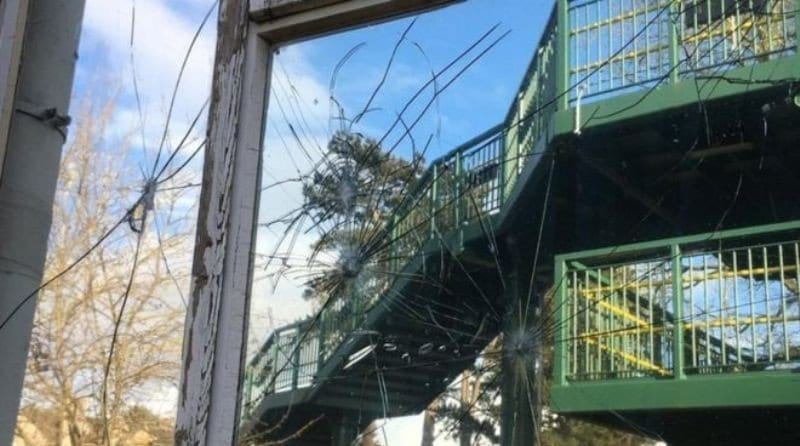 Child First nursery in Bicester has had its windows broken for the second time in a month. The nursery is situated next to a high rise footpath which they had campaigned about being built over 2 years ago due to fears of something like this happening.

Staff at the nursery were alerted to the vandalism after a member of the public witnessed it taking place, and took photos of the perpetrators, alerting the nurseries owners as soon as they could.

Police are currently investigating the bout of vandalism and Network Rail (the owners of the bridge) has said they are looking into ways to resolve the issue with the nursery.

Nursery owner, Andrea Leonard, has said: “It was only a matter of time. We had two windows smashed last month and now they’ve been smashed again – five of them this time.

“The bridge has been graffitied so many times. People are bored and, on the bank holiday afternoon, decided to smash the windows.

“At the moment, it’s our book area that’s full of glass. We have one-way film on the glass so people from the bridge can’t see into the nursery but they’ve had a really good go – you can see the rocks.

“There are shards of glass everywhere. Luckily it’s quiet because it’s half term and we can cordon off that area.”