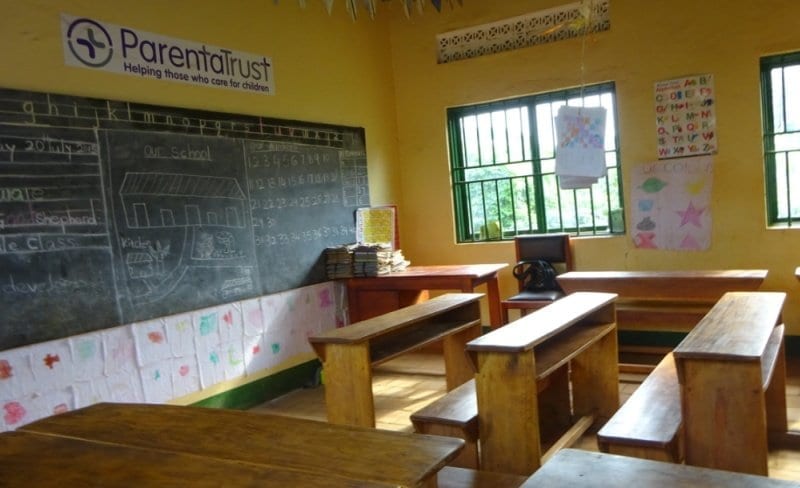 PRESS RELEASE: Parenta Trust, the charitable arm of the Parenta Group, has commissioned its fourth nursery school in Uganda. The charity set itself the ambitious goal of building ten pre-schools for orphaned and disadvantaged children within ten years.

In commissioning its fourth school, it is ahead of plan, having commissioned four schools in three years.

The new nursery, which will be based on the same blueprint as its three predecessors, will comprise 3 classrooms, a latrine block and a rainwater collection system.  Once completed, it will be able to accommodate between 150 to 200 under 5’s.

Construction of the new building will be overseen by partner on the ground Fields of Life and it is hoped that the works will be finished this summer.

The nursery will be situated in the district of Kasese, close to the border with Rwanda.  It will be perfectly positioned to help children transition from pre-school to primary education due to its proximity to Nyakabale Primary School.

Allan Presland, CEO of the Parenta Group and founder of the charity, said: “I am absolutely thrilled that we have been able to commission our fourth school in Eastern Africa within just three years.

“By the end of this year, we will have nearly 700 orphaned and disadvantaged pre-school aged children receiving an education within Parenta Trust schools. A heartfelt thank you to everyone who has raised money or sponsored children for our cause, which will make a life-changing  impact on these vulnerable children.”

Find out how you can get involved: