Why outdoor play is vital for children’s development 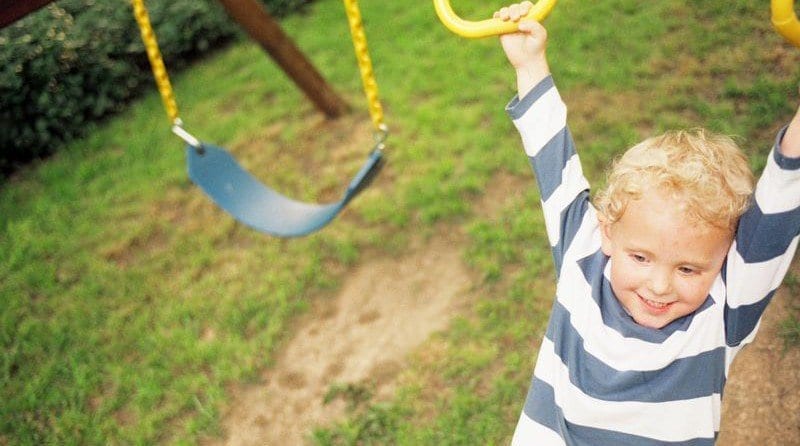 Research from a recent independent study has revealed just how little outdoor physical activity the UK’s children are actually getting.

The research, commissioned by ESP Play and undertaken by Liverpool John Moores University, revealed that 1 in 3 children aged between two and 10 are overweight, and that physical activity levels are incredibly low – even during classes that are supposed to encourage exactly that. For example, figures show that during a PE lesson, children are stationary for a staggering 68 per cent of the class. But issues of weight and physicality aside, how does this latent lifestyle impact a child’s development? Is there more to be gleaned from incorporating regular outdoor play and exercise into a child’s life?

Ample research has revealed that physical play has an important role in critical early childhood development.

Studies carried out by researchers both in the UK and abroad have shown that playing outdoors helps children develop gross motor skills and basic spatial awareness in early years, which will prove beneficial as they progress to honing fine motor skills later on. Physical play in groups particularly can also assist with self-awareness and communication skills, as children learn how to solve problems and tackle challenges by working together (this occurs in both structured and unstructured play activities). Sleep patterns are improved as a result of frequent outdoor exercise, which can in turn heighten levels of concentration in the classroom and in other learning environments. Children also develop a sense of autonomy through play, and this can inform their decision-making skills as well.

Recent research found in a report released by Play England shows that a child’s primary motives for participating in physical play were “social and enjoyment reasons” and to prevent boredom; however, the same report revealed that children often felt restricted when it came to enjoying play by things like poor weather and a lack of suitable outside space. So what can educators do to combat these and other barriers to this important aspect of learning?

What you can do

There are a number of things early childhood educators can do to facilitate outdoor play:

Andrew Wood is the managing director of ESP Play, based in Lancashire. They are specialists in outdoor play and learning for children aged between 3 and 16 years old. Andrew is very passionate about enhancing a child’s development through outdoor learning and has invested heavily in research surrounding it. The findings of the research can be found here.