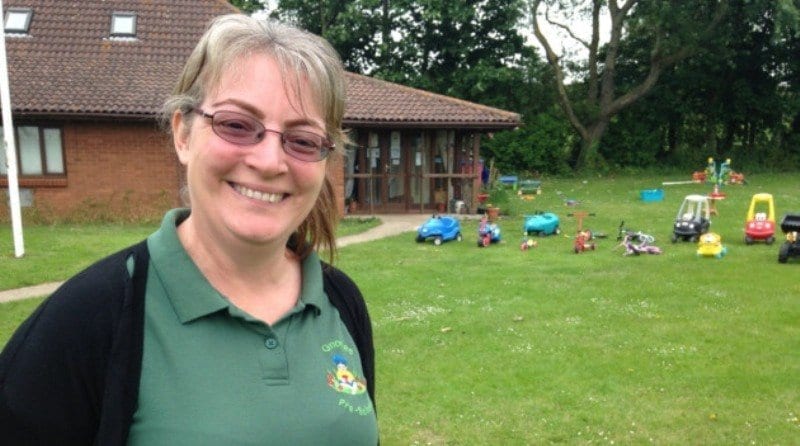 A Norfolk pre-school has launched a public appeal to find new accommodation after being asked to move out of a sea scouts hall it has occupied for four years.

Gnomes Preschool in Cromer, which supports families on low incomes, faces closure and the loss of 5 jobs unless it can find a new home next month.  It is only one of three pre-schools in the area.

“We can’t take on any more children until the situation is resolved and parents are already starting to panic because of the uncertainty.

“The worry is we will have to close and all our hard work will be lost. I have five members of staff, including myself, and those jobs would go.”

So far, the search for a new site has been unsuccessful. Naomi said she has written several letters asking for help but so far has only received 3 replies, which were all rejections.

The pre-school, which can accommodate up to 20 children per session, started 12 years ago.

Staff are looking for a site which is local, but fulfils their requirements of having an indoor space and toilet facilities or a plot of land for a portakabin/storage container and a secure outdoor space.

Naomi said: “We do need the outdoor area because it’s an Ofsted stipulation. It doesn’t have to be as big as this, or we need a bit of land that we can put a garden house or building on.

“We can’t afford a lot because we’re a preschool that likes to cater for low-income families so we like to keep our costs low because our fees – £16.25 a day – are the lowest in the area.”

She added: “We break for the holidays only because we can’t have the building during the holiday times because the Sea Scouts have camping and things here.

“We have to be out for the end of the summer term which is about July 18.”

The Scouts have revealed that it was only supposed to be a temporary move and that they now want to reclaim their hall from the array of toys belonging to the pre-school.

A representative from North Norfolk District Council said: “It looked more like a playgroup than a (Sea Scouts) hut and that wasn’t really conducive to a hut.

“They’ve got plenty children and I think it’s growing, so it’s important for that end of Cromer to have a nursery.”